The family of a woman who died of mesothelioma allegedly due to secondary asbestos exposure has been awarded $3.5 million in their lawsuit against the Tennessee Valley Authority. The woman’s husband died of asbestos-related illness almost 20 years ago, and it was allegedly through him and his work that his wife was exposed to asbestos. 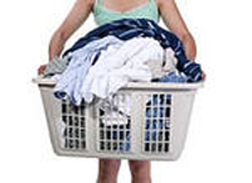 According to Al.com (10/6/15), the family of Barbara Bobo filed their lawsuit alleging Barbara was exposed to asbestos fibers while washing her husband’s work clothes over the span of about 20 years. James Bobo, Barbara's husband, worked around asbestos cleaning up at Browns Ferry Nuclear Plant, owned by the Tennessee Valley Authority. James Bobo died of lung cancer linked to asbestos exposure in 1997. In 2011, Barbara Bobo had surgery to remove the lining in her lung and underwent chemotherapy.

Although Barbara died in 2013, her family will receive $3.5 million for her pain and suffering, as well as for medical expenses.

Secondary asbestos exposure occurs when the person is not exposed to asbestos through his or her own work but when he or she comes into contact with asbestos from another source, such as on the clothing of someone who works with asbestos. Lawsuits have been filed against companies alleging people developed serious, fatal illnesses as a result of secondary asbestos exposure. Asbestos is linked to asbestosis, mesothelioma and lung cancer, all incurable diseases.

More ASBESTOSIS News
Meanwhile, plaintiffs who have previously declared bankruptcy may still be able to file an asbestos lawsuit. According to The Legal Intelligencer (10/7/15), a federal judge allowed a series of asbestos cases to move forward, even though the defendants filed for summary judgment. The plaintiffs were reportedly part of an asbestos MDL but their claims were dismissed in 1997. Following that, they entered into bankruptcy litigation only to have their asbestos cases reinstated. The defendants argued that the asbestos lawsuit should be dismissed because it was not included in the bankruptcy litigation.

The judge found that the plaintiffs had no way of knowing that a new judge would reinstate the lawsuits more than 10 years after they were dismissed and that therefore the failure to include the asbestos litigation in the bankruptcy litigation was not bad faith.