The propensity for asbestosis symptoms to appear decades after exposure speaks to the reality for the filing of an asbestosis lawsuit years after that initial exposure—and in some cases, even after the plaintiff has passed away from asbestos exposure. 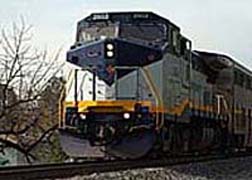 Such was the case with the filing of an asbestosis lawsuit alleging the wrongful death of a shop worker who toiled for 13 years performing locomotive repair and other shop work at various facilities in Arizona and New Mexico, Marketwire reports (2/16/12).

The lawsuit was filed after the children of Santiago Riley contacted an asbestos lawyer, launching an action against BNSF Railway on behalf of their father's estate. Riley—who worked for the railway repairing locomotives as well as other shop duties in an allegedly dust-filled environment—is deceased.

Asbestosis disease results from exposure to asbestos fibers. Such fibers are thought to be less harmful when contained and not disturbed. However, fibers that are disturbed—through the process of manufacturing or the renovation of old buildings, for example—can be ingested and inhaled by workers without their knowledge. Asbestos fibers also have the capacity to migrate to the homes of workers on their work clothes, putting entire families at risk.

There is no known cure for asbestosis disease.

More ASBESTOSIS News
The Riley asbestosis claim alleges that exposure to asbestos caused Riley permanent injury and contributed to his eventual death, according to the lawsuit.

Defendant BNSF Railway was created through the merger in 1995 of Burlington Northern Inc. and Santa Fe Pacific Corporation. BNSF found itself a subsidiary of Berkshire Hathaway Inc. in 2010.

According to the asbestosis attorney working on the portfolio on behalf of the Riley family, asbestos was widely used as insulation on locomotives during the time of Riley's employment, which was described as spanning the 13 years from 1942 to 1955. The asbestosis lawsuit claims that principles at the railway knew or should have known the hazards they were exposing Riley to—hazards, which allegedly contributed to his death. The lawsuit was filed in the State of New Mexico, County of Valencia, Thirteenth Judicial District Court.