When it takes decades for asbestosis to appear and an employee to file an asbestosis lawsuit, it can be difficult to know which employers or suppliers were primarily responsible for the plaintiff’s asbestos exposure. This is particularly true if the employee worked in an industry where exposure to asbestos is routine. But a study by one economic consultant suggests that it is not just people who work in heavy industries who are exposed to asbestos. 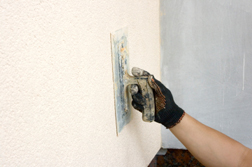 One lawsuit (Kanawha Circuit Court case number: 13-C-916) filed in Charleston names 42 defendants and alleges the defendants exposed the plaintiff to asbestos, resulting in him developing asbestosis. The West Virginia Record (6/6/13) reports that the plaintiff worked in various trades during his career and was exposed to asbestos and asbestos-containing products. Among the allegations against the defendants are negligence, breach of warranty and strict liability.

More ASBESTOSIS News
But it is not just people who work in heavy industries who have been filing lawsuits alleging asbestos exposure. A 2012 report by Bates White, titled “The Philadelphia Story: Asbestos Litigation, Bankruptcy Trusts And Changes in Exposure Allegations From 1991-2010” noted, “Alleged exposure has increased in the construction and automotive trades, as well as residential do-it-yourself (‘DIY’) home repair, remodeling, and shade tree automotive maintenance.”

According to their study of lawsuits filed in Philadelphia, between 1991 and 2000, only three percent of plaintiffs cited asbestos exposure from either DIY construction projects or shade-tree mechanic work. Between 2000 and 2010, that jumped to approximately 50 percent. In other words, people who took on their own home improvement projects - people of any occupation - are filing asbestos exposure lawsuits with much more frequency.

This means that even people who just tinkered around their homes with their own repair projects could have been exposed to asbestos and at risk of developing mesothelioma, asbestosis and lung cancer.