Asbestos Poisoning: why weren't they told?

"I feel like I have been shafted. Nobody, not even our government, told us the dangers of asbestos and now my life is on the line. I don't have workers compensation because I am an independent contractor. I don't know who else to go after, or what to do." 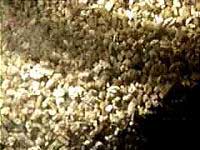 Zonolite
Jim Hopkins from Coleman, Alberta is an electrician. He rewired a bunch of old houses in his area and worked in attics and walls that were insulated with Zonolite. "At the time I didn't realize it contained asbestos; none of us were told that," he says. "I've been working around this kind of insulation for 25 years."

"I started getting sick about two years ago and I was really short of breath. I went to the doctor and he didn't know what it was. I saw four local doctors and still the same diagnosis - didn't know. Then they sent me to a specialist in Lethbridge and I saw him for over a year, but he didn't know. I had xrays, CAT scan, biopsies of all kinds, and a PET scan.

"Finally, I got another referral to a specialist in Calgary and he diagnosed me with asbestos poisoning. That was 18 months ago. I am still working - I have to, being my own boss and only 51 years old. I can't pack anything heavy or walk upstairs - that is a killer.

"What's happening now? The specialist report said there is nothing they can do for me. Once it is in your body, it can't get out. And next thing will be cancer: Mesothelioma.

"I have looked on the Internet about asbestos poisoning and most other people have Mesothelioma. I am very scared. Two years ago I thought I was going to die because the pain was unbearable. Natural herbs help a bit but I don't take any medication. My local doctor told me I have a 70 percent chance that I will get cancer.

In retrospect, I should have kept a couple of the old bags of Zonolite."

In the 1960s, Zonolite was manufactured by the W.R. Grace Company from Libby, Montana. It turned vermiculite into insulation and sold it throughout North America. It was aggressively marketed and sold as do-it-yourself, cheap and efficient, and the U.S. federal government estimates that it could be in 35 million homes.

More News
In August 2000, an assistant U.S. surgeon general characterized it as so dangerous that "even minimal handling by workers or residents poses a substantial health risk." The Environmental Protection Agency warns that if Zonolite is inhaled, it "may cause diseases such as asbestosis, lung cancer and mesothelioma."

Zonolite is brownish in color, about the size of popcorn kernels, and flecked with a silvery or gold-colored metallic material. It was usually poured into open spaces, generally after construction. It sits loose in joists and open spaces.

The Canadian government issued a [warning] to its government employees in 2004, stating its "foremost intent is to protect you—Canadian Forces members". But what about the rest of Canada? What about Jim Hopkins?

If you or a loved one has been affected or injured by exposure to asbestos, and would like a free case evaluation, please fill out this [asbestos/ mesothelioma] complaint form.
Request Legal Help Now