Asbestos Mesothelioma: "It's a Steady Stream of Death"

The individual tasked with a multi-year study on the affects of asbestos mesothelioma knows all too well the dangers of asbestos, even with minimal exposure. Larry Stoffman, who chaired an asbestos study on behalf of Health Canada for eight years, told the Vancouver Province on September 5, "There are cases where people have only been exposed for one day and they ended up with mesothelioma 30 years later." 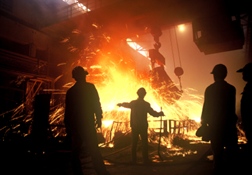 Meanwhile, a study by the University of British Columbia (UBC) found that only 23 percent of asbestos cancer victims were aware they could file provincial workers' compensation claims or bothered to do so.

David Ford's is but one of the heartbreaking stories. A former pulp mill electrician, Ford was finally at the end of his career and about to embark on a dream retirement that included RV excursions and the construction of a new family home, when he was diagnosed with asbestos mesothelioma in 2007. According to his daughter Tracy, Ford's first hint of trouble was unexplained breathing problems.

An attempt to surgically remove the diseased portions of his cancerous lung in San Francisco came too late. Ford died 16 months after his diagnosis.

"It's a steady stream of death" - Larry Stoffman"

The Province article serves as a reminder that even though the dangers of asbestos exposure are now well known, there are those who routinely put workers in harm's way. Unscrupulous contractors in the renovation business will skirt around the costs associated with ensuring their workers are handling asbestos correctly and safely.

Another problem involves the importation of things such as brake linings that originate offshore. "A lot of stuff coming from offshore isn't labeled at all," Stoffman says. "It's full of asbestos."

More ASBESTOS MESOTHELIOMA News
Some employers are attempting to do something about it. Officials with the United Steelworkers in Trail, BC began noticing several years ago that many of the workers who had retired from the Teck zinc and lead smelting plant (formerly known as Cominco) were developing asbestosis and asbestos-related disease.

Today, Teck says it spends about $2 million per year removing asbestos fibers from the plant. However, its current efforts do not nullify prior exposure.

"Somewhere along the way somebody has to be accountable for that. Someone has to be responsible for the shortened lives that people live and the pain and suffering that all the families go through. It just doesn't seem fair."

Posted by
Peter Johnson
on November 22, 2014
I have been recently diagnosed with pleural thickening and pleural plaque of the lungs due to asbestos exposure. My dr. Submitted a claim with worksafe b.c. And a follow-up visit with a kelowna respirologist (Dr. Sarbit). The dr. Confirmed the diagnosis and after I submitted a work history, Worksafe accepted my claim of asbestos exposure during my employment with Cominco ltd. back in the '70's. This claim was presented to Teck Trail Metals ltd. (formerly Cominco ltd.) and promptly disputed... A request for review was submitted by Teck siting lack of evidence. I am currently under advisement of an indepent firm advisor, nick swan who is waiting for Teck's submission before we move forward with our's (mine). My rebuttal involves gathering more detailed information regarding my employment activities and conditions dating back 40+ yrs? I am currently seeking detailed background information from former workmates/employees to bolster my case. Ironically ,after 37yrs. With the company, I am fighting against my current employer, Teck. I am not presently seeking any compensation.... I still go to work every day and do my job to my fullest..... Not sure where this will all take me but hopefully this can help those that may follow me down the road... Sincerely, pete j.