A mesothelioma lawsuit filed against John Crane Inc., has resulted in a $1.42 million award to the family of a man who died of mesothelioma after being exposed to asbestos. The victim, William Voelker, died in 2013 and his widow, Janet Voelker, continued with the lawsuit alleging William’s work in the U.S. Navy caused his mesothelioma. 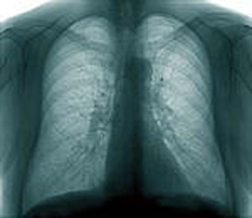 According to reports, William Voelker died of mesothelioma in 2013, only four months after being diagnosed with the disease. Mesothelioma, a fatal lung disease, is linked to asbestos exposure. Initially the Voelkers filed suit against more than 50 companies, but by the time the jury announced its verdict, John Crane was the only defendant left.

The lawsuit alleged Voelker was exposed to asbestos when he worked with John Crane’s gaskets repairing boilers for the U.S. Navy in the late 1960s and early 1970s. Although the award was in favor of the plaintiffs, it is possible that Crane will have no liability when settlements with other previous defendants are factored in. The Voelkers had also alleged William was exposed to asbestos when he was a child through his father’s work clothes.

In July, a Missouri jury awarded the widow of a man who died of mesothelioma $11.5 million. That suit was filed against Crane Co. - not related to John Crane - and resulted in an award of $1.5 million in compensatory damages and $10 million in punitive damages. James Poage died in 2012 of mesothelioma, after which his wife, Jeanette, filed a lawsuit against Crane and other defendants. All other defendants reportedly settled the lawsuit before it went to trial.

Mesothelioma lawsuits frequently name numerous defendants. That is because mesothelioma and other asbestos-related diseases can take decades to appear, during which time the plaintiff could have been exposed to asbestos from multiple sources. Certain industries - including mechanics and construction industries - deal with equipment that have components that contain asbestos as well. Use of asbestos may have been widespread, and involved many companies.