Donald Peter worked as a machinist at Pabst Brewing Co. He began working there in 1959 and would have thought nothing of the working conditions beyond basic safety on the job. And then in 2012, he was diagnosed with malignant pleural asbestos mesothelioma. He sued Sprinkmann Sons Corp., alleging that exposure from pipe insulation the defendant was charged with repairing caused his disease. 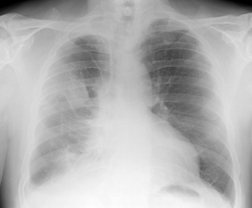 Peter finished his work at Pabst in 1979. His diagnosis for asbestos cancer came 33 years later, in 2012. Such a time lapse is consistent with the incubation period for mesothelioma, which can linger in a dormant state only to emerge decades after initial exposure to asbestos fibers. While it can take decades for mesothelioma to appear, once it presents, the prognosis is usually dire. In Peter’s case, he would die about a year following his diagnosis.

Peter’s widow amended her late husband’s asbestos lawsuit to include a wrongful death claim. A lower court granted summary judgment for the defendant, on grounds that in the court’s view Pamela Peter’s claims were barred by a state’s construction of repose given that asbestos exposure was allegedly triggered from maintenance work.

While Peter had toiled at Pabst Brewing, Sprinkmann was the entity that carried out maintenance at the plant. Specifically, ongoing maintenance to the insulation surrounding the pipes. Asbestos - a known carcinogen and a trigger for asbestosis - is considered to be at a lower risk provided the asbestos is contained and remains undisturbed.

Conversely, asbestos fibers disturbed through the process of maintenance or removal can be a health risk unless properly contained.

The appeals court reversed the original ruling of summary judgment, noting that Peter was exposed to asbestos through repair work carried out by Sprinkmann Sons Corp. until 1979. Thus, Wisconsin’s construction statute of repose did not bar Pamela Peter’s claims in her asbestos lawsuit.

Sprinkmann argued that its work in the brewery constituted improvement to real property. The defendant noted that pipe insulation was in a state of constant disrepair. There was also at least one full-time employee tasked exclusively with the job of repairing pipe insulation at Pabst.

More ASBESTOS MESOTHELIOMA News
That argument was rejected, with the appeals court sending the asbestos lawsuit back to the lower court for further proceedings. The appeals court did, however, uphold a ruling by the circuit court that a damages exception in the statute did not apply to the case, given that Peter did not have an actionable claim prior to 1994. His asbestos mesothelioma diagnosis was made in 2012, the year before he died.

“Although this interpretation may seem harsh to asbestos plaintiffs who will not even know they have a claim until long after the statute of repose has barred their action (assuming it arises from an improvement to real property), [i]t is not our function as the judiciary to construct an asbestos-related exception to the statute of repose in construction cases,” the circuit court said. “That role properly lies with the legislature.”