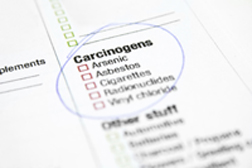 Lauter was reportedly diagnosed with malignant pleural mesothelioma in May 2013. He died at age 74 fewer than six months later, in October. Mesothelioma is a rare, fatal cancer that has been linked to asbestos exposure. The latency period can last decades between the time of exposure and the time of diagnosis.

Lauter had worked in television and movies since 1971. Among his credits were roles in television shows such as Charlie’s Angels, Magnum P.I., and ER. He was also in films such as The Artist and Seabiscuit.

More ASBESTOS MESOTHELIOMA News
In 2011, the family of Merlin Olsen, a Hall of Fame football player and actor, settled a lawsuit with several companies they alleged were responsible for Olsen’s death. Olsen died of mesothelioma in March 2010 at age 69. Although details of the settlement were not released, it was reported that 10 companies that either manufactured or used asbestos products were included in the settlement.

Olsen’s family alleged it was his exposure to asbestos on construction sites as a youth that caused his mesothelioma.

Olsen was a member of the Los Angeles Rams’ “Fearsome Foursome” in the 1960s. He also worked as a broadcaster and an actor following his time in the NFL.

People who are exposed to asbestos without proper protection face a risk of developing mesothelioma, asbestosis and lung cancer, all diseases that currently have no cure. Lawsuits have been filed against companies that manufacture asbestos, companies that use asbestos products and employers who allegedly failed to properly warn their employees about the risks of asbestos or protect them from those risks.

Posted by
Paul Ayers
on June 16, 2014
So very sad to see so many people being affected by asbestos, and man made cloned asbestos..

The extensive documentation that I have proving that I have been extensively exposed to asbestos fibers during employment and then having found much medical malpractice in my case, it has been trying and to do the right thing..and heartbroken..

Why are certain individuals entitled and then others forgotten about?
Please read this article located online at PreventDisease.com April 3,2012. " Shocking Evidence, a whistleblower reveals a little known carcinogen that is literally everywhere"