A children's toy allegedly containing harmful asbestos has resulted in state and federal lawsuits filed Friday in California. Named in the lawsuits are Planet Toys Inc. and CBS Broadcasting Inc. after asbestos was allegedly found in a line of popular CSI toy science kits modeled after the equally popular CSI drama series.

Planet Toys manufactures the toys, which are licensed by CBS. 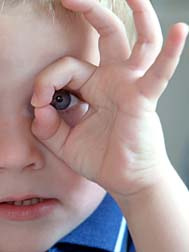 A second lawsuit was filed as the result of an investigation by the Asbestos Disease Awareness Organization (ADAO), which is based in California. The advocacy group commissioned independent laboratory tests on a number consumer goods and toys, and reported the presence of asbestos in fingerprinting powder contained in the CSI toy kits.

"This should be a no-brainer," says Victoria Ni, the lead Public Justice attorney in both cases. "The facts are that even small quantities of asbestos are hazardous when inhaled, that the fingerprinting powder has been found to contain asbestos, and that this powder has been marketed and sold to thousands of children who are told to spread it around and blow off the excess. It's a shame that we've had to resort to litigation to force these companies to do what they should have done in the first place to protect the American public."

Asbestos has been rightfully demonized for several decades, as people have become aware of the dangers and health risks associated with inhaling asbestos or other exposure to asbestos fibers. While the dangers have been known for decades, it's only been in the last few decades that asbestos has risen to the top of the public concience, and that measures have been taken to minimize its use.

Asbestos exposure can cause mesothelioma, a disease affecting the internal abdominal lining adjacent to vital organs. It can be deadly, and emergence of asbestos symptoms can be painfully slow to emerge: anywhere from 15 years to 50 years at the longest.

Linda Reinstein, the Executive Director of ADAO, knows this all too well. She lost her husband to mesothelioma. "Since December 2007 when we first met with Planet Toys and CBS, our pleas for the companies to do the right thing have fallen on deaf ears," Reinstein said in comments published in the May 4th 2008 edition of Lab Business Week. "It is unacceptable and unnecessary to have asbestos in toys, and especially in powder form, its most dangerous state. Most Americans falsely believe asbestos has been banned, but our recent product testing results prove asbestos remains a threat to public health."

A total ban on asbestos has been attempted before. In the late 1970s the Environmental Protection Agency (EPA) sponsored a ban as evidence surrounding the dangers of asbestos continued to mount, and several countries around the world were affecting similiar bans. However, the EPA ban was overturned. Last year a Senate ban on asbestos proved so watered down, that it possessed insufficient teeth to be affective. This past fall a Bill was introduced in the House of Representatives again attempting a ban on asbestos. Lobbying from manufacturers, and others who empathize with the asbestos industry, has begun.

The federal complaint is a class action and is national in scope, as the CSI kits were sold across the country. Among other things, the class action requires that the defendants provide refunds to consumers, pay for asbestos testing of toys that have been opened, and compensate for appropriate medical treatment for consumers exposed to asbestos.

The second suit was filed in California State Court and cites violations of Proposition 65, a statute which requires manufacturers to provide "clear and reasonable warning" to California consumers in the event a product contains a known carcinogen, or any chemical or substance known or suspected in causing cancer or birth defects.

There is no known level of exposure to asbestos that is considered safe.