What Role Does Jones Act Play in Drilling Mud Lawsuits?

A drilling mud lawsuit, mired in controversy when the first trial was vacated due to revelations surrounding a judge with a perceived conflict of interest, was retried with the jury eventually finding for the defense. The plaintiff in Union Carbide Corp. et al. v. Brown, No. 2006-196 was initially awarded a staggering $322 million. The retrial effectively reversed that decision, and left the plaintiff with nothing. 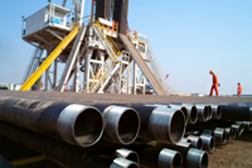 There is little doubt that asbestos drilling is a complicated issue, given allegations that drilling mud manufacturers knew the hazards inherent with their asbestos-laced products, yet allegedly failed to share that knowledge with drilling mud users.

And when there is a drilling mud problem, how much liability would the manufacturer have versus that of the contractor responsible for the facility undertaking the drilling in the first place?

And now, there may be yet another complication - the so-called “Jones Act.”

This is, in actual fact, the Merchant Marine Act, brought into force in 1920. The federal statute, commonly known as the “Jones Act” after sponsor Senator Wesley L. Jones, serves to regulate maritime commerce in US waters and between US ports. The Jones Act also governs the workers compensation rights of sailors.

Much of the drilling that occurs for oil is offshore, facilitated on floating drilling rigs anchored to the ocean floor. Asbestos drilling mud is used as part of the process, and is usually brought to the site in bags as a powder, then mixed to the proper consistency by a mud engineer or others working around drilling mud.

Asbestos has been found as a base ingredient in many asbestos drilling mud formulations. Drilling mud that comes as a powder provides the most potent environment for asbestos health issues, as free-floating asbestos fibers are known to be the most dangerous of all asbestos contamination.

Anyone exhibiting such symptoms and working in such an environment will without doubt be led to file an oil drilling mud lawsuit.

More ASBESTOS DRILLING MUD News
However, could the Jones Act provide a wrinkle in terms of compensation?

In a recent issue of Lloyd’s Asbestos Litigation Reporter (10/4/12), it was reported that various subsidiaries of Transocean Ltd. were facing asbestos-related lawsuits, ongoing since 2004. However, according to the report, the Special Master appointed by the Court to oversee discovery for various cases ruled, in 2011, that a Jones Act employer defendant cannot be sued for punitive damages.

Transocean Ltd., an international provider of offshore contract drilling services for oil and gas wells, is identified as qualifying as an employer under the Jones Act.

Could this limit punitive damage claims against such an employer in a drilling mud lawsuit? Stay tuned…