It’s been a little over a year since a group of 10 plaintiffs hooked into some drilling mud-slinging with a group of defendants, accusing them of needless exposure to asbestos while working on offshore drilling rigs in the Gulf of Mexico. The ten, claiming to suffer from “asbestos maladies,” filed their drilling mud lawsuit in Louisiana on June 10 of last year. 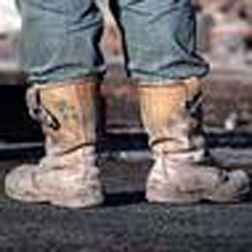 The plaintiffs accuse the various defendants of knowingly exposing them to the known carcinogen over a time span of 20 years.

Drilling mud is a product that at one time was commonly used in the process of drilling for oil - whether that is inland or offshore. The mud is designed to keep the drilling mechanisms from overheating. Given the heat-dissipating properties of asbestos, it was used as an agent in drilling mud for heat dispensation. The mud engineer would usually mix the mud that often arrived in bags as a dry powder and combine with water.

Exposure to asbestos fibers through inhalation into the lungs can cause serious health issues such as asbestosis, asbestos disease and mesothelioma. All three can seriously impact an individual’s health. As for the latter - mesothelioma - there is no cure.

Given recent advances in asbestos awareness, most drilling mud manufacturers have discontinued use of asbestos and utilize other formulations to dissipate heat in their oil drilling mud. But asbestos still creeps into the pipeline. Recently an Australian driller caught wind of a supplier delivering drilling mud that contained the dangerous substance. Drilling was immediately stopped while the suspected asbestos drilling mud was analyzed, eradicated and sites tested for asbestos contamination.

Most, if not all, would be aware by now that asbestos is dangerous stuff. The issue is the alleged failure on the part of employers to protect their workers from asbestos in decades past, when the use of asbestos was more prevalent. Defendants have claimed they didn’t know there was a drilling mud problem - a common refrain. However, there is evidence that asbestos had been tagged as a dangerous substance and a known carcinogen since the early 1900s.

The original oil drilling mud lawsuit was filed June 10 of last year in state court in Louisiana. The original filing noted that “Plaintiffs handled and were exposed to asbestos drilling mud additives frequently on a regular basis, were frequently and regularly covered in defendants’ asbestos products, and frequently and regularly breathed in defendants’ asbestos products.” About six weeks later, the lawsuit was moved to federal court, on July 22, 2013, due to provisions in the Outer Continental Shelf Lands Act, which gives the federal government jurisdiction over issues occurring around the Outer Continental Shelf.

Offshore lawsuits can get a bit complicated

In a later development, one of the defendants, Shell Oil Company, put forward a Motion to Dismiss Under Rule 12(b)(6), For Leave to Perform Jurisdictional Discovery, and For a More Definite Statement Under Rule 12(c). Magistrate Judge Stephen C. Riedlinger granted the motion in part, insofar as the defendant sought an order requiring the plaintiffs to file an amended petition clarifying the factual basis for each plaintiff’s Jones Act claim against the defendant. Plaintiffs were given until 12/6/2013 to file their amended petition. All other aspects of the defendant’s motion were denied, without prejudice by Magistrate Judge Riedlinger.

Given the offshore locations, the Jones Act comes into play, which adds further complexity to the asbestos drilling mud lawsuit. Undaunted, the plaintiffs hold that justice must prevail nonetheless. In the original lawsuit, plaintiffs claimed that “defendants had actual knowledge of the significant danger associated with their products, but they nevertheless sold raw asbestos drilling mud additives in 50-pound bags for use by oil field workers like plaintiffs in the oil and gas drilling industry from 1960s to 1980s.”

Plaintiffs are seeking future lost wages and fringe benefits, past and future medical expenses and damages for pain, suffering and moral anguish, emotional distress, fear of cancer, and punitive damages.