Asbestos Drilling Mud Claims: When an Asbestos Lawsuit Is Not a Typical Lawsuit 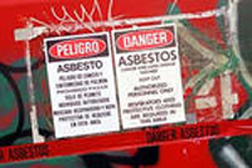 The court documents were filed In Re: Asbestos Litigation (case number 03-0895) and are a response to Union Carbide’s Motion for Transfer of asbestos-exposure cases and consolidation of those claims. Essentially, Union Carbide wanted to consolidate the drilling mud claims with those of other asbestos lawsuits.

According to the filings, at the time there were more than 1,100,000 oil and gas wells in Texas, and the 1,095 plaintiffs involved in the 166 mud drilling lawsuits drilled those wells from the 1960s up to 1965. It was during this time that they were allegedly exposed to asbestos. Union Carbide argued that the 166 asbestos lawsuits should be consolidated with other asbestos lawsuits, but the plaintiffs disagreed for a few reasons.

First, in typical asbestos lawsuits, there can be dozens of defendants named, plaintiffs lawyers argued. Some lawsuits name up to 70 defendants who allegedly exposed workers or consumers to asbestos. In the asbestos drilling mud cases, there were only four defendants - the manufacturers and suppliers of a specific product that was made of pure asbestos. Furthermore, typical asbestos lawsuits make a variety of claims including fraud, breach of warranty and conspiracy. The oilfield cases, however, claimed only product liability against the defendants.

“Indeed, the vast majority of the discovery and legal issues ordinarily associated with ‘traditional’ asbestos cases are irrelevant to oilfield worker cases,” the documents claimed. The asbestos the drilling mud workers were exposed to was made, packaged and shipped by Union Carbide to be used in drilling mud. The only similarity between the drilling mud claim and other lawsuits is simply that it involves asbestos, according to court documents.

More ASBESTOS DRILLING MUD News
Workers who were exposed to asbestos in drilling mud were roughnecks, derrick hands, drillers, tool pushers and roustabouts. The asbestos was added to drilling mud to change the mud’s viscosity. The mud huts in which the asbestos was mixed were frequently described as looking as if it was “snowing inside” due to the asbestos fibers. The plaintiffs alleged that when they went home after work they looked as though they were covered in flour.

Union Carbide responded to the plaintiff’s concerns by noting that consolidation of the lawsuits would be more convenient and efficient.

In this instance, the judges ruled with Union Carbide, finding that there were significant commonalities regarding questions of fact, and granted the motion for multidistrict litigation.