Anyone witnessing the attempts last year to close off the leaking BP pipeline that spewed millions of gallons of crude into the Gulf of Mexico became instantly familiar with terms such as "drilling mud." However, only those individuals who have direct experience with drilling mud, cement and drilling lubricants used in the oil drilling industry would be aware of past asbestos use in those products. 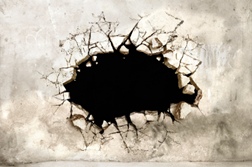 Given the long latency for asbestos-related disease to emerge—measured in decades—we are beginning to see asbestos claims stemming from the use of asbestos dating back to a previous era in the drilling industry.

It was in early October of 2009 when the first asbestos-drilling lawsuit came to a close with a Texas jury awarding $1.2 million to the widow of a mud engineer who died from asbestos mesothelioma.

Danny Puckett didn't live long enough to know the results of the jury verdict against defendants Union Carbide and Montello Inc., among others. He was only 59 when he died. But he was able to testify in the early parts of the trial, during which he described the circumstances that allegedly led to his illness, and pending death. There is no cure for mesothelioma. A diagnosis is akin to a death sentence.

During the trial, Puckett testified that the dust from cement containing asbestos additives was so thick in the air within his work area, that it obliterated a streetlight. The asbestos drilling mud—a mixture of dirt, water and chemicals that is fed into wells being drilled to help force dirt and broken rock to the surface—contained an additive that was alleged to include asbestos. Puckett's job was to mix the mud, also known as slurry, three or four times per week.

Puckett testified that he also worked part time as a member of a cement crew. It was noted that asbestos was at one time an oft-used additive to Portland cement for the additive's capacity for resilience and to help the cement bond more effectively.

More ASBESTOS DRILLING MUD News
Puckett testified that he worked for the Dowell Company from 1975 to 1980. Asbestos was curtailed as an agent for all but a handful of controlled uses in 1982. While mixing the oil drilling mud, Puckett testified that he inhaled a large amount of asbestos-laden dust. Diagnosed with malignant asbestos mesothelioma in September of 2008, Puckett died a year later.

His widow was awarded $1.2 million in the case, with Union Carbide and Montello Inc. each assessed 15 percent liability for his death. Other defendants settled before the case went to trial or were dismissed. The US Centers for Disease Control and Prevention estimates that in spite of the curtailed used of asbestos almost 30 years ago, deaths from asbestos exposure—including exposure to oil drilling mud—are peaking.