Brink’s Unpaid Wages: The Downside to Being “On” at All Times

It was about 18 months ago that Brink’s Incorporated (Brink’s), the renowned armored car company, was hit with a proposed class-action lawsuit alleging non-payment of overtime wages, together with a failure to provide the legally required uninterrupted meal period as guaranteed by California law. The Armored Car Drivers Unpaid Overtime lawsuit, filed in Los Angeles County Superior Court in November 2014, appears to demonstrate a classic disconnect between the employment laws of the state, and a job culture that suggests employees must be diligent in their duties and “on,” as it were, at all times due to the value of the financial cargo contained in the rolling vault on wheels. 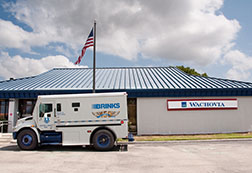 Resolution of such conflict borders on the impossibility: if an armored car employee is to be engaged in his or her task at all times as mandated by the employer, then taking uninterrupted rest periods and meal breaks simply isn’t an option. The situation leaves the employer constantly vulnerable to non-compliance, while the employee is denied basic employment rights as guaranteed by the Fair Labor Standards Act (FLSA) and various state statutes.

The previously referenced Courier Unpaid Overtime lawsuit, Case No. BC564369, is based in California. A similar lawsuit, brought by armored courier employees in the State of Washington, goes back to 2011 and aptly reflects the disconnect between labor law and what is expected of the armored car courier.

That lawsuit is Pellino v. Brink’s Inc. Court documents suggest that armored cars in the Brink’s fleet are staffed by a uniformed driver and a messenger. The employees are not exempt from overtime pay. According to court documents, the employees were duly paid straight time for all meal and rest periods, but were provided with no scheduled breaks.

The unpaid wages lawsuit further stated that Brink’s required their employees to “be vigilant and alert at all times,” and to “guard the cash and other valuables entrusted to Brink’s by its customers continuously while on their runs.” The company also required its courier staff to not only remain alert at all times, but also to appear alert. Personal activities such as reading for pleasure, even on breaks, were prohibited.

Thus, while meal breaks and rest periods were duly paid, the employees maintained that such breaks were not provided - and were not true breaks, given Brink’s requirement that couriers be vigilant in guarding their cargo at all times.

Employment law in the State of Washington holds that non-exempt employees are allowed to take a 30-minute meal period (either paid or unpaid) starting no later than five hours after their workday begins. Employees must also be allowed to take one 10-minute paid rest period for each four-hour work period on either a scheduled or intermittent basis.

In Washington, a class of 182 armored car employees who worked for the company from April 26, 2004 through October 31, 2007 alleged they did not receive meal and rest breaks as required by Washington law. Their Armored Car Drivers Unpaid Overtime lawsuit also claimed non-payment of overtime for those breaks. While the breaks were paid on a straight-time basis, there was never any opportunity to take them, or so it was alleged. Thus, by working through their breaks and exerting vigilance at all times, the armored couriers were effectively working additional hours, for which they were not paid.

The trial court agreed, and the appellate court upheld that finding: that the vigilance required by the company amounted to “active observation and mental exertion at all times,” and thus was compensable.

The judgment against Brink’s in the Washington Courier Unpaid Overtime case was $2.1 million.

Given basic employment rights as entrenched federally in the FLSA and locally according to state laws, the disconnect between those rights and the realities of serving as an armored courier suggests there are a lot more employees out there diligently undertaking their duties in accordance to the wishes and requirements of their employer, while being underpaid.
READ ABOUT ARMORED CAR OVERTIME LAWSUITS

If you or a loved one have suffered losses in this case, please click the link below and your complaint will be sent to an employment law lawyer who may evaluate your Armored Car Overtime claim at no cost or obligation.
Request Legal Help Now

Posted by
Leo Thompson
on January 6, 2018
I worked for brinks from April 2017 to Aug. 2017 and work regurlly work no less than 60-85hr work weeks. That's 12-18hr work days 5 to 6 days a week. I have all my pay stubs to prove all the hours worked.
Posted by
Sean Price
on June 8, 2017
I'm a former employee that just left Brinks about a week ago from today. We where only getting 5 hours overtime pay after 40 the rest of the overtime goes back to straight time. I was a messenger for Brinks but they tried to classify me as a driver, but l only drove 5% of the time. I'm probably working 140 hours every two weeks. Also they tried to make me drive one route, in other words they want you drive by yourself and deliver money, THAT'S SUICIDE!!!!. I know these guys Tommy and David, We where talking about a union. When Brinks herd about the union they had corporate down at the Houston branch the same week brainwashing the employees showing video how bad unions are. The whole time it was all negative, all one-sided. This company have a Willy Lynch spirit and treating their employees like slaves and these gangsters need to be shut down.
Posted by
David A. Porché
on June 7, 2017
I am currently employed by BRINKS Inc. I do not believe it is proper that myself and fellow employees only get paid for 5 hours of overtime per week no matter how many hours of overtime that you actually work.
Posted by
Tommy Wilson
on June 5, 2017
I am currently filing a claim against Brinks inc. For not paying time and a half for overtime hours.They practically force to sign a maximum 5 hour overtime payment form and if you work 30 hours over you only get paid for 5.There are at least 120 employees at my branch where I was terminated for no reason other than discussing a union with some other employees