Attorney Danny Becnal Jr. is at home, packing for a trip to Florida, to take some depositions from expert witnesses. He recently filed a potentially dynamite antitrust class action suit against Wal-Mart and Netflix, alleging executives from the two competitors literally sat down to dinner, cooked up a plan to carve up the market for their mutual benefit and deep-six Blockbuster Video, a third player in the DVD sales and rental business. That's life for a busy trial lawyer like Becnal. 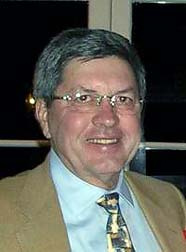 Suit Evidence Comes from Whistle Blowers
If successful, the Wal-Mart antitrust and Netflix antitrust suit could cost the companies a total of $1 billion. That's how much attorney Becnal estimates consumers were cheated as a result of the alleged Wal-Mart Netflix conspiracy to monopolize the DVD online rental and sales market. "There are some whistleblowers involved in the investigation that will be called to testify," says Becnal. "We don't file these suits without substantial due diligence."

The Plaintiffs
The lead plaintiff in the case is Salvadore Christina Jr., one of the estimated 10 million Americans subscribing to Netflix online. Anyone who had a Netflix online membership between May 2005 and present would be eligible to join the suit.

Becnal estimates there are hundreds of thousands of customers who would qualify as members of the class action suit that, as a group, has been vastly overcharged. "The average DVD costs $12 to $20 and even old-timey ones, like 'Hop along Cassidy'--they make you pay six dollars and those are just retreads from years ago," says Becnal. "So I would think there are hundreds of millions [of dollars] in overcharges."

The Up and Down DVD Market
From the documents filed in Louisiana by attorney Becnal, the price competition between Wal-Mart, Netflix and Blockbuster for the DVD sales and online rental business was ferocious. To attract and retain customers, each of the competitors kept ratcheting down the prices. And, as prices declined, so did the profits.

Shortly after Netflix CEO invited the Wal-Mart CEO over for dinner, things began to change. On May 19th, 2005 Wal-Mart exited the online DVD rental market and posted a link to Netflix on its website. Netflix, in turn, according to the court documents filed, ended its sales of DVDs and that left part of the market to Wal-Mart.com.

Becnal also writes in the suit that Netflix subsequently gained a 75 percent share of the online DVD rental market and earned $4 billion in revenues and a $1.3 billion profit from renting online DVDs to consumers during the period 2005 to 2007. Wal-Mart's DVD sales surged.

And They're Not Alone

More Antitrust News
"There's a lot of this going on at the moment, and I mean a lot," says Becnal. An experienced attorney with 35 years of litigation behind him, Becnal believes there are many other business operating in violation of antitrust laws in the US because of the downturn in the economy and increased pressure on profit margins.

"I see at least 10 other important antitrust cases at the moment," Becnal adds. "Maybe Wal-Mart and Netflix just anticipated the economic crunch better than others and started sooner." Wal-Mart has no comment on the case, while Netflix spokespeople say there is no wrongdoing on the part of the company.

Daniel Becnal is a graduate of Louisiana State University and Loyola School of Law. He is a nationally recognized attorney with over 35 years of experience in personal injury law, class actions and mass torts. In 1972, at the age of 28 he won the largest verdict ($1,000,000) for an individual in the state of Louisiana.