An extended and heated battle is raging for Microsoft to garner the ability to purchase Yahoo, the famous Internet search engine. Although US and European antitrust regulators are putting Microsoft in the hot seat, it is doubtable that they will be able to stop the merger from taking place. It's possible the fight for the merger may plod along for at least half the year.

The Justice Department in league with the European Union's antitrust regulators have intentions to analyze issues involving competition. This would involve the regulators weighing the realized edge Microsoft would have over competitors in the market. One mitigating factor that may aid Microsoft is that Google holds the lion's share with sixty percent of the United State's search engine participants. The merging of Microsoft and Yahoo may give Google a run for its money that it hasn't experienced in times past. 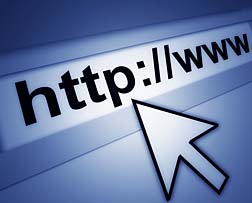 It is widely believed that Google's recent acquisition of DoubleClick, Inc. acted as a catalyst for Microsoft's move to purchase Yahoo. However, Google isn't completely out of the woods with this acquisition. European Union regulators are closely eyeballing the results of the acquisition. Google is adamant that it will adhere to all regulations set forth by the European Union.

Experts are concerned for the welfare of Internet search engine users. Their fear is that without the proper channels of accountability in place, users may be scoped out for their online activities and buying habits only. Users may feel their horizon of choices has broadened, but this won't necessarily be the case. Regulatory committees and rules must be set forth to keep things fair and safe for users.

The situation is bittersweet at best for those at Yahoo. The extension of $42 billions by Microsoft is a nagging reminder that Yahoo was once at the top of the heap. This was before Google arrived on the top of the search engine scene. Through a series of alleged, problematic business dealings and managerial incompetancy, Yahoo lagged behind Google the giant in recent years.

Microsoft continues to be an innovator and profiteer in the area of computer technology. However, the company will require a boost to its search engine offerings to remain competitive as Google looms on the forefront. The software savant is pulling out all the stops to remain top dog in the tech industry.

Recently, alleged rumors have been thrown around about the possibility of Apple coming to the aid of Yahoo. It is possible Yahoo may consider Apple to be a life preserver to grab onto to escape the tidal wave of the software tsunami's undertow. Apple has been known to be a strong competitor of Microsoft for the past several years. If Apple steps up to the plate to assist Yahoo the likely turn of events will be a higher counter offer by Microsoft.

If you suspect an individual, a company or companies of price fixing or trying to create a monopoly, please contact a lawyer involved in a possible [Antitrust Lawsuit] to review your case at no cost or obligation.
Request Legal Help Now