Microsoft to Remain Under Court Scrutiny Until 2009

Microsoft has learned that antitrust sanctions imposed against them in 2002 will not end in December 2007 as originally planned. The US Department of Justice has ruled that Microsoft must abide by the antitrust sanctions until November 2009. Judge Colleen Kollar-Kotelly has made the determination that not enough documentation has been published by Microsoft for its software programming interface in order to resolve original complaints regarding the unfair advantages the company has over competitors in the development of Windows software.

Earlier in January, it was determined that only the part of the decree regarding documentation needed to be extended, but such a move was not considered sufficient enough by a number of US States. Without the standard extension, Microsoft would allow other firms to develop new software to later discourage dealers, or resellers, from carrying the software programs once the programs were complete. 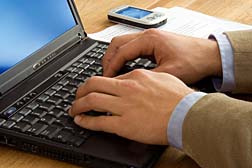 The ruling states that Microsoft needs to make documentation available to other software manufacturers to allow for the development of software products that work well with the operating systems created by Microsoft. Without documentation being made available to these developers, consumers would run the risk of purchasing software programs that may not work with computer systems running the Microsoft Windows operating system.

What this latest ruling will do is keep the decision regarding antitrust in effect for the remainder of Windows Vista's lifespan, but the ruling seems to fall short of the requests made by the attorney generals of various states that have asked for as much as five more years to make sure the proper effects of antitrust regulations have time to have an impact. However, there was a previous suggestion that the Department of Justice would possibly not have to rule an extension since competition for Microsoft had grown since the initial 2002 ruling. In fact, the Justice Department stated that extending the decree had "no basis."

More News
However, Judge Colleen Kollar-Kotelly states that this newest extension should not be viewed as a sanction against Microsoft, as Microsoft has been quite cooperative since the antitrust ruling in 2002. Nevertheless, despite growing competition from such programs as the Mozilla Firefox browser, it is believed that Microsoft needs such regulations in order to continue fair competition between it and the various software developers developing programs compatible with Microsoft Windows operating systems. There is also the fact that there was a delay on Microsoft's behalf in presenting the proper documentation that was supposed to be presented by 2003 and was not.

Part of the reason for the delay in the presentation of documentation is that when the antitrust rulings were made in 2002, Microsoft only had 10 employees dedicated to producing the documentation after the rulings. As of 2006, Microsoft had a total of 320 program managers and engineers making sure things were done right. These figures are proof that Microsoft did not immediately have the resources in place to complete the documentation, which created the delay. Now the protocols are licensed by 41 companies and 13 of those companies are selling software products developed with those protocols.

If you suspect an individual, a company or companies of price fixing or trying to create a monopoly, please contact a lawyer involved in a possible [Antitrust Lawsuit] to review your case at no cost or obligation.
Request Legal Help Now