More ANTITRUST News
A new lawsuit may have a group of antitrust lawyers switching back to MySpace for their online interactions. Upstart inter-connectivity company Power.com has filed charges alleging that industry leader Facebook is using shady business practices to monopolize the online social networking market. 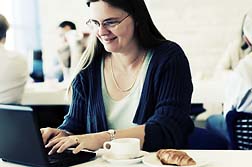 Power.com claims that Facebook maintains industry control by preventing users from exporting their profile information and data to other sites. MediaPost.com is reporting that the lawsuit claims that Facebook threatens exporters with frivolous copyright infringement lawsuits - a tactic referred to as anti-scraping.

The company ostensibly engages in anti-scraping measures to help ensure the safety of user data from identity theft and phishing.

"Facebook has threatened dozens of new entrants since 2006 with baseless intellectual property claims, and has engaged in systematic and widespread copyright misuse," claims Power.com in a report released by MediaPost.

In 2008 Facebook brought suit against Power.com for copyright infringement, for which the upstart countersued on antitrust and unfair competition laws. The countersuit was dismissed last month due to a lack of evidence.