A US Senator is calling for increased scrutiny of the proposed merger between search engine giant Google and mobile advertiser AdMob, regarding their adherence to national antitrust laws. 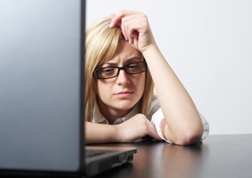 Wisconsin Democratic Senator Herb Kohl, chairman of the antitrust subcommittee of the Senate Judiciary Committee, claims that the merger would give the Menlo Park-based Google unprecedented influence on the internet.

"This acquisition, if consummated, would combine Google, with a dominant share of Internet search and Internet search advertising ... with AdMob, the leading provider of advertising to mobile devices commonly known as 'smart phones' (such as the Apple iPhone)," Senator Kohl wrote in a letter to Federal Trade Commission (FTC) Chairman Jon Leibowitz.

The Wall Street Journal reported that the FTC has created an internal litigation team in anticipation of an effort to block the deal and has invited rivals of both companies to submit sworn declarations of their views on the proposed merger.

Though he has expressed concerns about the deal's potential to create "undue market dominance" for Google, Senator Kohl told the news provider that he is not yet sure if the FTC should challenge the transaction.

If you or a loved one have suffered losses in a similar case, please click the link below and your complaint will be sent to an antitrust lawyer who may evaluate your claim at no cost or obligation.
Request Legal Help Now