Ski Resort Accidents Can Be Devastating

During the winter months, many families gather together to enjoy downhill skiing, never anticipating that they could be involved in a ski resort accident. Unfortunately for some, ski lift accidents or other forms of skiing injuries can occur, often with devastating results. Each year, people suffer the terrible consequences of a skiing accident, and in some cases, they do not survive. 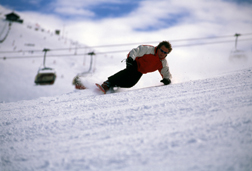 One tragedy recently occurred at a ski resort in Wrightwood in November 2011. The victim, 23-year-old Angelique De Leon, fell forward while snowboarding down a run and suffered internal injuries. Despite having worn a helmet while she was snowboarding, De Leon died at the hospital shortly after her fall. She was a beginner snowboarder, but had completed the same run several times the day of her accident.

According to the Los Angeles Times (11/28/11), a 24-year-old snowboarder died at the same resort after he crashed into trees during a snowboarding run. That accident occurred in late 2010.

Meanwhile, in Colorado, two people died at different ski resorts within hours of each other. The first accident involved a 62-year-old doctor, who lost control while skiing and fell over an embankment. He was pronounced dead at a nearby medical center. Shortly after, a snowboarder died after hitting a tree and suffering massive internal injuries, according to The Denver Post (11/18/11). The victim had been wearing a helmet at the time of the accident but died from internal injuries.

More AMUSEMENT PARK ACCIDENT News
Although skiing and snowboarding are favorite winter pastimes for many people, they come with risks. After all, participants are moving downhill at a fast rate, often with very little protection. Advanced ski runs that involve jumps or obstacles can be dangerous and even deadly. Among the injuries skiers and snowboarders face are a risk of traumatic brain injury, paralysis, concussion, broken bones and even death. In the case of some injuries, such as traumatic brain injuries or paralysis, even if the injured person survives the ordeal, there could be life-changing consequences.

It is up to individual skiers to take precautions when they ski, but ski resort owners also have duties to ensure skiers are as safe as possible while enjoying the resort. This includes making sure ski lifts are fully operational, to avoid a ski lift accident, ensuring areas are clearly marked as being out of bounds and making sure there are no undue hazards on the slopes. It also means making sure there are safety measures in place in case someone does suffer a ski resort injury, such as providing first aid while awaiting emergency services.