AMS Transvaginal Mesh Complaint: Is My Sex Life Over?

Although American Medical Systems (AMS) has settled many of its transvaginal mesh claims, women are still filing complaints against the mesh manufacturer. “I had the transvaginal sling removed in 2012 but I am still having pain,” says Kossondra. “My doctor told me that it is due to so much scar tissue. I think it is about time to file a transvaginal mesh lawsuit.” 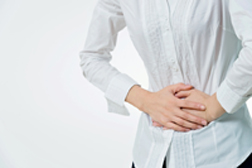 Because she had the mesh implanted and removed more than three years ago, Kossondra is also concerned about the statute of limitations. But she wasn’t aware of AMS lawsuits until recently - no one had told her about transvaginal mesh lawsuits and she doesn’t watch television.

“Even if I don't qualify to file a transvaginal mesh lawsuit, I am glad of this opportunity to talk about the dangers of this mesh,” says Kossondra.
“Perhaps my warning can help women in their decision.”

She had an AMS transvaginal sling to help treat pelvic organ prolapse (POP) but to add even more misery, the sling didn’t help at all. “Sometimes I can’t make it to the bathroom - can you imagine how embarrassing that is? I spend a lot of money on Depends.

“Right after I had this mesh procedure, it hurt,” Kossondra adds. “I couldn’t sit, stand or walk comfortably and spent a lot of time going back and forth to my doctor, to no avail. He thought it was all in my head. At one point he said, ‘I don’t understand how you can have so much pain from such a small plastic device.’ Well that little piece of plastic caused a huge amount of damage.”

Kossondra is only 48 years old and hasn’t had sex for some years now. She wonders if that part of her life is over for good. “My boyfriend went through a few years of this with me but why would he stay if we can’t have sex? I’m also very depressed because of this AMS mesh,” Kossondra says, crying.

More AMS TRANSVAGINAL MESH News
“If women were told about transvaginal mesh side effects, they could have made an informed choice after weighing the risks and benefits,” said attorney and physician Dr. Shezad Malik. “I am sure they would never opt for the mesh.”

Malik believes that “No amount of money is going to compensate the pain and suffering so many women with implants for urinary incontinence or pelvic organ prolapse have endured.” Of course he is right, but for many women like Kossondra, monetary compensation may be a small relief. In May 2014, AMS agreed to settle about 20,000 claims for up to $830 million but the number of claimants is expected to increase. And the settlement is also subject to court approval.

Posted by
Dakey
on July 27, 2015
Yes it true . Sex hurts I've been married for 28 years and never ever of had to tell my husband no to sex o because it hurts. Vaginal mesh has cause this pain due to the complications of these surgeries. As for as I know I will never ever be able to have set with my husband. I pray he never walks out on me and our children . I love my family but this is a very horrible life now . Nothing but pain and crying nightly. Yes I had the vaginal mesh removed and I still suffer the same pain . I wish I knew better on this one .