AMS Transvaginal Mesh Must Go—In More Ways Than One

Jodi’s life changed for the worse since having AMS transvaginal mesh implanted. “For the past three years I haven’t been able to play soccer with my kids because the slightest exertion causes me to double over in pain,” she says.
“This transvaginal mesh has even affected my family.” 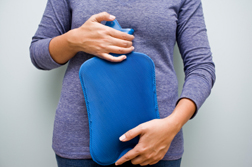 Jodi, a nurse, suffered from urinary incontinence. She needed a hysterectomy for another issue so her doctor advised that she have the AMS mesh implanted at the same time. Just two days after surgery she had pain on one side of her groin and initially associated it with the hysterectomy. But she soon came to believe that the transvaginal mesh was the problem.

In 2012, Jodi went back to her surgeon six times, but clearly this issue was out of his league. She went back and forth to other specialists and a pain clinic, but no one could diagnose why she was in so much agony. She even had injections into her hip bone, thinking it was a bone problem.

“He finally referred me to a specialist at the Pelvic Floor Clinic in Calgary, but it took over a year to see her,” Jodi says. And she had another year of pain to deal with.

“A procedure at the clinic found the mesh in the wrong place, but I don’t know how that happened,” Jodi explains. “The specialist confirmed what I already knew: that this TVM sling is causing all the pain. And at least half of it has to be removed. She also said that there might be answers - why it has moved - during my surgery.”

More AMS TRANSVAGINAL MESH News
Jodi’s surgery is scheduled for the end of this month. Meanwhile, she is on disability. A nurse who can’t get around certainly can’t practice nursing. Jodi didn’t have a desk job. “Even though I’m a nurse, I knew nothing about transvaginal mesh side effects back in 2011,” she says. “Right up until my doctor implanted this sling, I was in the dark. I do know that the surgeon decided on this mesh tape just before my surgery. He told me that it was easier to implant. At first he was going to use another type of sling. I have no idea why he changed his mind, but trying to get information out of him is impossible. However, I don’t have an issue - so far - with the surgeon…”

Jodi won’t know for certain whether the surgeon is in any way to blame until her new surgeon removes the mesh. Meanwhile, she is almost housebound.

“When I move, this mesh feels like a rubber band that snaps back,” she explains. “The pain is so bad it almost collapses me to my knees. It feels like I pulled a muscle in my groin. Nothing relieves it. I’ve tried heat, stretching, all kinds of exercises. I am so angry that I need another surgery. I am angry that my kids have to suffer (I’m a single mum) and most of all, I’m angry with the mesh manufacturer.”

Posted by
Jodi
on October 17, 2014
This has been a very frustrating experience as it has effected not only myself but my kids as well. By the time the mesh is removed the end of this month it will be almost 3 years in pain because of it. It's hard to advance and better oneself when you are stuck on disability. It has also been a burdon and strain in my relationships. I just want the pain to go away and get on with my life. I've got high hopes that the mesh removal will help but don't know what to expect. One day at a time.
Posted by
Nonie
on October 8, 2014
My sympathies are with Jodi and her family. She is not alone. finding skilled help to remove mesh completely is difficult in Canada. We do not have surgeons that have the experience of removing over 1700 mesh implants, that do these surgeries daily. Delays in diagnosis allow mesh complications to become more serious as mesh fragment migrate causing erosions, extrusions, and adhesions . The pain is horrendous when nerves are damaged and trapped. As an advocate for mesh harmed women I hope Jodi has found skilled help and gains some quality of life back. not all pain is resolved after mesh removal.