At first glance, American Medical Systems’ $830 million agreement to settle about 22,000 AMS transvaginal mesh complaints seems generous. But that only averages about $40,000 per case, before legal fees. The lawsuits allege the AMS polypropylene mesh is defective and that doctors and consumers were not properly warned about transvaginal mesh complications. 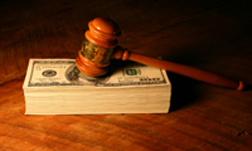 “No amount of money is going to compensate the pain and suffering so many women with transvaginal mesh implants for urinary incontinence or pelvic organ prolapse have endured,” says attorney and doctor Shezad Malik, MD. “If these women were told about transvaginal mesh side effects, they could have made an informed choice after weighing the risks and benefits. I am sure they would have never opted in for the mesh.”

Malik says that placing a dollar value on their pain and suffering is all that can be done at this stage. While some women have successfully had the mesh removed, others have had multiple surgeries with futile results, mainly due to the mesh having eroded into the vaginal wall.

“At the end of the day, transvaginal mesh is a defective device that was approved by the FDA’s controversial 510(k) process,” adds Malik. “TVM manufacturers got a green light from the FDA and their product was fast-tracked; they didn’t need to show patient data to determine whether the mesh was safe so it was rushed to market. And guess what? The pigeons have come home to roost. The whole idea was flawed to begin with.

“Mesh degrades and breaks down over time and the vagina is not a sterile environment, so it is prone to infection once breached and that in turn causes the mesh to erode through the vaginal canal. And then the Pelvic Organ Prolapse ( POP) and Stress Urinary Incontinence that it was meant to treat comes back with a vengeance.”

Shouldn’t the FDA also be held accountable for approving the mesh without patient data or clinical trials? Malik says that even though this happened on the FDA watch, the agency can only do so much. “They are at the mercy of Congress over its funding and they are also overwhelmed by so many products entering the marketplace. But the agency proposed recently a reclassification: transvaginal mesh will be deemed a ‘high risk’ medical device and it will have to go back through the pre-market approval process. This means there will be a lot more stringent hurdles for manufacturers such as AMS.”

The FDA notified manufacturers back in 2008 about reports of potential transvaginal mesh complications. Four years later, AMS and other manufacturers were ordered by the agency to conduct post-market safety studies and monitor the rate at which adverse events were reported.

“These medical device companies failed to warn doctors and consumers and now these companies are settling without admitting liability,” says Malik. “It has come down to economics and how much it will cost to close this litigation down.”

In April 2004, the FDA said it was considering proposals to tighten safety standards for mesh used to treat POP, according to Reuters. If finalized, the manufacturers would be required to submit data proving the devices’ safety and effectiveness before allowing them onto the market.

More AMS TRANSVAGINAL MESH News
Endo Health Solutions took over AMS in 2011 for $2.9 billion. The settlement stipulates that women who sign will typically be expected to sign a confidentiality agreement and the company does not admit to liability. Generally, plaintiffs must have a majority willing to agree to any amounts for the settlement to go forward. Last year Endo agreed to settle an undisclosed number of mesh cases for $54 million.

According to its recent annual filing with the U.S. Securities and Exchange Commission, Endo estimated that out of 500 million women worldwide suffering from urinary or fecal incontinence, about 400,000 surgeries are performed to treat some form of POP.

“The short answer regarding the amount of the AMS settlement is that there is never enough money, but some is better than nothing, and paying money damages is all the TVM maker can do,” says Dr. Malik.

Posted by
Donita Forbes
on September 23, 2015
I had 3 pieces of mesh placed in 2007. I now have myelofibrosis caused by polypropylene. My original attorney claimed there wasn't proof of this being used in mesh. I proved it to him several times. I was told by Mayo Clinnic I had. Maximum time of 24 months with this bone marrow cancer caused by mesh. Is there anything I can do to switch attorneys. Original attorney handed it over to different attorneys. They are being very vague on my settlement amount and payout. This was before the cancer has eaten away my body
Posted by
Michelle Mack
on August 13, 2015
I'm 41yrs old. I've had so many surgeries in the past. The removal of my sigmoid colon and now my urologies want the slings/meshes/ and tapes removed. I can not afford to do this. I'm in pain everyday cant have intercourse with my spouse. But i have to work to keep my insurance because my spouse has dementia. In the past i have gone to so many specialists and i keep hearing "it is part of the healing process". Excuse me, but urination on yourself sould not br part of a healing process. I am on the verge of losing everything i have worked for due to missed work and medical bills. My attornies just tells we we are in litigation. What exactly does that mean? I have to lose everything before anything gets done or that the settlement will be so small tjat i will lose everthing anyways
Posted by
Stacy Cooper
on June 30, 2015
I wonder if we start committing suicide will get someone's attention. At least then my husband would get compensated for a defective wife!
Posted by
Admin
on June 1, 2015
Hi Ed,
We are not privy to what each claimant for the AMS agreement will receive. If you have been represented by a particular law firm regarding your case, you really have to work through their office/your attorney to find out any more information. It's frustrating for sure, but they are the only ones who can really answer your question.
-Admin

Posted by
ed
on May 29, 2015
I've posted on here a couple of times now, and I have yet to receive an answer to my questions. I'm begining to wonder if this forum is cappable of posting an answer to any question ?
All I'm reading is questions and no answers to our questions ?

I would really like an answer to any question that has been posted on this forum.
I'm tired of waiting. I want my money. No more talk about this letter or that letter. BULL POOP ! I would like my questions answered. Lord knows the Law Firm won't answer my questions. Big mistake hirring them.