As 2013 comes to a close, thousands of women who filed AMS transvaginal mesh claims are hopeful that 2014 will bring them closure. American Medical Systems (AMS) is currently in talks to settle AMS mesh lawsuits. 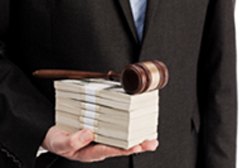 AMS, also referred to as Endo (AMS is part of Endo Health Solutions, which is headquartered in Minnetonka, Minnesota), is one of five MDL defendants currently discussing the possibility of settlements, according to court documents. (Find more information and FAQ’s here about filing in MDL 2325 In Re American Medical Systems, Inc., Pelvic Repair System Products Liability Litigation.)

By September 2013, transvaginal mesh lawsuits had been consolidated into six multidistrict litigations (MDLs) in the federal court system, making the number of claims against transvaginal mesh makers the largest pending litigation in the US. AMS was facing 13,500 of those lawsuits, just ahead of Bard and Boston Scientific, both with 12,000 pending claims. Coloplast and Cook face about 1,000 claims combined and J&J’s Ethicon has more than 12,250 pelvic mesh claims through June 30, according to a regulatory filing.

And liability lawyers predict that more cases will be filed in the coming year. In a recent press release, Rochelle Rottenstein, principal of the Rottenstein Law Group LLP, said the number of pending transvaginal mesh lawsuits is increasing steadily each month. That number “is not particularly surprising, even if it is alarming,” said Rottenstein.

According to court documents, Judge Goodwin, in an order dated December 6, added three attorneys (one of whom is Henry Garrard) to a plaintiffs’ settlement committee, which heads up the plaintiffs’ side of six different multidistrict litigation consolidations comprising almost 40,000 pending transvaginal mesh lawsuits. The committee will be empowered to conduct talks with all mesh manufacturers, including Endo’s AMS.

More AMS TRANSVAGINAL MESH News
Some vaginal mesh manufacturers began settling mesh lawsuits early in 2013. Endo has already paid $54.5 million to settle many cases that claimed its transvaginal mesh inserts were defective. And Coloplast, which is based in Denmark, aims to have all of its 600-plus cases settled by the end of 2013. Bard has settled a number of its Avaulta mesh cases after losing two trials (Judge Goodwin presided at the first federal transvaginal mesh trial: a jury found Bard liable for severe injuries caused by its Avaulta vaginal mesh product). Meanwhile, Johnson and Johnson has opted out of settlement talks, and instead has chosen to fight court claims against its withdrawn line of Ethicon Gynecare vaginal implants. (In February of 2013, a jury in New Jersey ruled J&J must pay more than $11 million in damages to a woman who claimed she was injured by the company’s Gynecare Prolift - it was the first transvaginal mesh case to go to trial.)

A number of AMS vaginal mesh lawsuit dates have been scheduled in federal court.

As part of preparation for the potential individual lawsuit trials, in the spring of 2014 the AMS multidistrict litigation parties are slated to complete pretrial tasks such as discovery (the reporting of information between those parties) and identify expert witnesses and schedule their depositions, according to court documents (In re: American Medical Systems, Inc., Pelvic Repair System Products Liability Litigation; MDL-2325, U.S. District Court for the Southern District of West Virginia).

Next up is the third set of bellwether trials in the AMS multidistrict litigation, scheduled to start in August 2014.

Posted by
Cecilia
on September 23, 2015
I too had a imp;ant of this so called sling they put in me in 2005 from a simple hystercomy and i woke up after surgery and was told that I had this put in due to prolapse bladder that could of been merly stiched into my vaginal wall and I did not even give consent to this>:( 6weeks later as i proceeded to have intercourse with my significant other and the mess mesh i call it,had fallen into my vaginal wall and i knew something was wrong and as he penetrated me it pierced him in his penis and he hurled me across the room, it was devestating he did not touch me for a year after that as i had went back to the Dr that put it in an she had reinserted it with a cork like spring higher into to me pubic bone and it was never the same i should of had it taken out then!!! I was intrust of this Dr and she slung me so tight that the mesh has made me not be able to void properly I don't leak I don't hold any valid amount of urine which is suppose to be 400ml to the average bladder I can only hold 180. I went to a uriologist and he said that the gynos should not even be doing these operations as they are not held accountable. I have had two more revisions 2013, 2014 countless number of problems with Pain, buzzing,cramps,nerve pinching not to mention sex is a shortcoming Cna't urinate right Kidney stones rom pain meds! I have been in litigation since 2010 it is now 2015 I Have been reading how all this money has been secured from 54.5million to 830million and all the legal fees they are getting and the average women is only gonna estimate at 40,000 per case ? That is ludicris i also have been suffering for 11yrs the newbees have a better chance of this being resolved than use veterans and my attorney is taking 40% of this I've been told I should be getting an award letter soon as I feel what is taking so long Like David said Come on already, I have patients but this is ridiculous my last surgery cost 57,000 dollars of the obama care I had to go to a Uro/gyno they are the only qualified Dr's to take this mesh crap out and they said unless I had a lean on me that they don't compensate them are you frigin kidding this lawsuit souns like the lawyers are making out better than the plantiffs.... I'm sorry for all of you poor women that had this unjust,invasive,uneducated,morons to this to you, i should of went and filed myself !!!!
Posted by
Becky
on October 3, 2014
You know this whole situation is sickening, I have been dealing with pain, depression, for years now because of this mesh, it seems as though every time I turn around there's another issue, I have to self cath now because of the numerous surgeries, I don't think these companies realize the stress your body has to go through with the equipment they use for these surgeries, I have had 4 so far, I cant work, I cant hold my grandchildren because of the pain, and we don't want to talk about what its done to my marriage, yes our families suffer to, I just wish these companies would do the right thing, and man up to their defective devices, not just for me, but all women who are suffering from this, I get soooo mad now when I see these commercials on tv now..........
Posted by
tonyawise
on February 6, 2014
This mesh is about to kill me. I suspect it is the cause of my health issues. I'm 42 and in terrible shape. I've never felt so awful in my life. I would love to know if there are others with my same symptoms. Re: painful joints, cramps, extreme exhaustion, and of course urgency. tonyawise09@gmail.com
Posted by
David andron
on January 19, 2014
This mesh is gonna kill my wife!!! My three kids have lived thru this for nine years!!Come on guys!!! I never thought someone could be so inhumane!! We now don't have health insurance so time is not on our side...We really need help....so please lets do the right thing