A Busy Year Ahead for AMS Transvaginal Mesh Maker

The bellwether trials for Endo’s American Medical Systems (AMS) transvaginal mesh lawsuits have been scheduled, with the first trial this April 2014. There are currently about 40,000 transvaginal mesh injury lawsuits pending in the six multidistrict litigations, known as MDL’s. And that number is expected to rise dramatically. 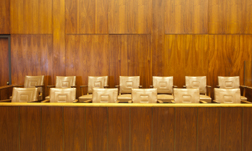 The Serrano case is scheduled for trial in the federal litigation underway in the Southern District of West Virginia on April 7, 2014, and that litigation’s second bellwether case will go before a jury on May 5, 2014.

More AMS TRANSVAGINAL MESH News
The first federal bellwether trial against Johnson & Johnson’s Ethicon vaginal mesh lawsuits is slated for February 10, 2014 (Lewis, et al. v. Johnson & Johnson, et al.), and a second trial set for June. According to court documents, one MDL case that ended in March resulted in an award for the plaintiff of more than $11 million.

That number is conservative given that the New York Times in 2010 reported about 185,000 women underwent procedures in which transvaginal mesh was implanted to treat urinary incontinence - in 2010 alone. “The Transvaginal Mesh, or Sling disaster may involve 10,000’s of US women with severe injuries,” it said.