Patients taking blood thinning medications know they have to be careful to ensure their blood remains in therapeutic levels, to prevent major bleeding episodes. That’s why they use devices like the Alere INRatio2 system, to ensure that if they need it, their blood clots properly. But what happens if they can't be sure the systems that are meant to ensure their safety are actually working properly? That's the issue that was faced by some patients who use the Alere InRatio system, after the system was recalled due to concerns regarding inaccurate results. 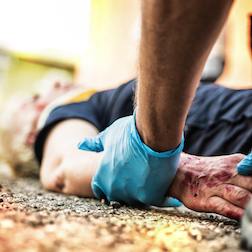 Patients who take blood thinners are at a risk of a severe bleeding event because blood thinners prevent blood from clotting. That means that a minor cut can turn into a serious situation. Systems like the Alere INRatio2 device were designed to lessen the risk of that happening by using blood tests to ensure the patient's blood clots appropriately. For patients on blood thinners like Warfarin, that information can be a lifesaver.

The problem was that patients who used certain INRatio systems received test results that were different from those obtained in actual laboratory settings. Inaccurate results could prevent doctors from making important changes to a patient's warfarin dosage, which puts the patient at risk of serious bleeding events. Especially at risk were patients with medical conditions such as anemia and elevated fibrinogen levels.

In 2014, a class 1 recall of the Alere INRatio and INRatio2 system was announced, with Alere noting it had received 18,924 complaints about INRatio Test Strips, although not all of those complaints were related to the recall.

"Using the affected devices may delay treatment and cause severe or life-threatening injuries, including death," the recall notice warned.

More ALERE INRATIO RECALL News
Essentially, that recall was a correction, which advised users of who should not use Alere INRatio to monitor their levels. Alere developed software enhancements to address potential differences in test results, but in July 2016, the FDA announced that it does not believe studies have shown the software to be appropriately effective. As such, Alere initiated a voluntary recall of the device, advising patients to speak to their healthcare providers before changing their monitoring devices.

In a letter to the FDA in 2015, Public Citizen argued that there have been reports of issues regarding INRatio testing for years, with the FDA sending a letter to the device's then-manufacturer, HemoSense Corporation, noting "clinically significant erroneous values" related to the INRatio testing. Among the patients who suffered adverse events linked to the INRatio device, according to Public Citizen, was a patient who suffered lower body paralysis and another patient who died.