An Alere lawsuit filed by former suitor Abbott Laboratories Inc. (Abbott) over a proposed merger is, for the moment, redirecting attention away from the failed INRatio measuring device that was recalled in July. The recalled product nonetheless has a role in the recent performance of Alere Inc. (Alere) that has prompted Abbott to back away. This, in spite of recent assurances from the US Food and Drug Administration (FDA) that any failings of the Alere INRatio device had no bearing on the relationship between warfarin (Coumadin) and Xarelto (rivaroxaban), and the subsequent approval of the latter. 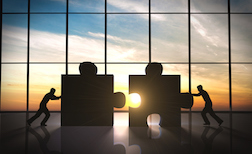 Warfarin had long been considered the gold standard for anti-coagulation (blood thinning), although the stringent monitoring of diet and blood levels had both patients and their caregivers pining for something easier. Various factors needed to be considered in order to achieve a fine line between blood thinning that was deemed sufficient for the patient, v. thinning the blood too much and risking bleeding events or serious hemorrhaging.

While no caregiver or healthcare provider would knowingly put a patient at risk, at the same time the medical community had long been hoping for a breakthrough that would see the introduction of a drug equal to warfarin’s effectiveness, with less hassle.

One of two new drugs to be introduced in recent years is Xarelto, hailed as the kind of breakthrough patients and their caregivers were seeking: a blood thinner equal to warfarin’s effectiveness, but without the need for stringent monitoring – or so the manufacturer claimed.

Rivaroxaban however turned out to be anything but a savior: Xarelto bleeding events occurred in some patients (as they do with warfarin). The big difference, however, turned out to be the lack of a reversing agent in the new product that doctors had been able to employ in their Coumadin patients to quickly reverse the thinning properties of warfarin and allow the blood to once again coagulate more quickly, in order to stop a hemorrhage.

While an antidote for Xarelto has now, reportedly been found and is being tested, it wasn’t available at the time Xarelto came to market.

It is against this backdrop of litigation that Alere recalled its INRatio measuring devices last July, casting some doubt on the accuracy and validity of data used to determine the effectiveness of Xarelto (rivaroxaban) for the treatment of non-valvular atrial fibrillation when compared with Coumadin (warfarin).

More ALERE INRATIO RECALL News
The alleged problem with the warfarin control group may, it has been widely speculated, have given an unfair advantage to Xarelto.

Alere recalled the INRatio device in July of 2016. Since then the FDA, in October, made a determination there were no significant impacts, and that “effects on strokes or bleeding, including bleeding in the head, were minimal.”

Trial is not expected until sometime in April.