The airbag injuries associated with allegedly defective Takata airbags have been horrific and read like a script from a horror movie: a woman, at first glance, appearing to have been shot in the neck before police determined shrapnel from an exploding airbag had sliced into her neck… 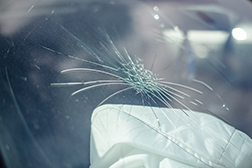 Another woman - who testified before a congressional committee - arrived at the hospital with a massive piece of shrapnel protruding from one of her eyes. She has since lost the sight in that eye, but has survived to tell her story and to take Takata to task over airbag failure of the worst kind.

Airbags were originally designed to supplement the advent of shoulder belts to protect occupants from frontal and later side-impact collisions. Earlier airbags proved dangerous to young children, such was the ferocity of the airbag deployment. Thus, those early defective airbags were deaccelerated in an effort to increase the safety of all occupants, including children.

One woman, from Orlando, was pierced so severely by shrapnel from a Takata-manufactured airbag inflator that police initially believed she had been the victim of a stabbing. That victim died. Another victim had a piece of shrapnel tear into her main carotid artery. Inserting her own fingers into the wound and subsequent assistance from a passerby applying pressure to the potentially fatal wound helped save the woman’s life, but she has been left with lifelong health issues after the fact.

One of the more recent tragedies associated with airbag failure involves a 17-year-old teen from Richmond, Texas, who died when the airbag in her 2002 Honda Civic malfunctioned during a moderate collision.

Police said the impact that resulted when the teen rear-ended a car in front was not of sufficient velocity to cause death or serious airbag injury. Everyone involved should have walked away, according to comments by local police that appeared in the Associated Press (AP).

Tragically, the airbag malfunctioned and over-inflated, sending shrapnel into the teen’s neck and she died.

The Car Connection (3/28/16), a publication serving the automotive industry, reported that the Honda Motor Company, arguably Takata’s largest customer, had “quietly” asked Takata for new airbags in 2009. However, that request was never shared with the National Highway Traffic Safety Administration (NHTSA), or so it is alleged.

Had that request been duly logged with the NHTSA, would the airbag recall have happened sooner, saving countless lives and injuries?

We may never know. That said, airbag lawsuits alleging death or grievous airbag injury are taking manufacturers to task for allegedly defective products, together with allegations they kept mum about the problems while putting the driving public at risk…