The woes recently affecting General Motors (GM) over ignition switches and, in a related issue, the relationship those defective switches have to airbag failure continue to mount. And while a steady stream of recalls appears to reflect the manufacturer’s pledge that no stone will be left unturned in its quest to stand behind its products and maintain responsibility for defects, at the same time it doesn’t help instill renewed confidence amongst consumers. 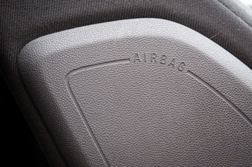 This latest recall, according to the Waterloo Region Record (10/4/14), involves the new Chevrolet Colorado and GMC Canyon pickup trucks and involves connections associated with the driver’s side airbags that were wired incorrectly during the manufacturing process, according to a statement by GM.

Kudos to GM for jumping on the problem early. But why do these manufacturing problems happen in the first place - especially involving a vital measure of safety that can mean the difference in the thin margins of survivability in a serious crash?

Airbags, when they were first introduced, were considered a leap forward in safety, supplementing the existing lap belt and shoulder belt system designed to hold a driver and passengers in place, but doing nothing to protect occupants from projectiles or hitting immovable objects in front. Side and curtain airbags were introduced later to help cushion side-impact collisions and rollovers. Manufacturers have had a field day in what has become a competitive arena of automotive safety, trying to best one another in the number of airbags designed into a vehicle.

Even some of the smallest cars today can have as many as 10 airbags throughout the interior.

But sometimes airbags don’t work, by deploying when they should not or failing to deploy when they should. Airbag injuries have resulted, leading to airbag lawsuits. One airbag lawsuit filed in late summer closes the circle around defective airbags, faulty ignition switches and GM. Plaintiff Jason Vest filed his lawsuit in mid-September following the death of his wife and unborn child. In his claim against three defendants, Vest cites that airbag failure in the Chevrolet Cobalt his wife was driving was caused by the faulty ignition switch that has plagued one of the defendants, General Motors, for much of the past year.

According to a report in the Charleston Daily Mail (7/24/14), Keisha Vest, 26, was driving a 2005 Chevrolet Cobalt when the pregnant mother of one died. The new car had been purchased two weeks prior on April 20 of 2006.

More AIRBAG INJURIES News
Court records indicate that Vest was commuting to her job as an MRI technician at Northern Hospital in Mount Airy, North Carolina, when the brakes on her car failed at a stop sign. The failure caused the woman to lose control of the car as it careened through the intersection and was struck by a tractor trailer. The young mother died of a closed-head wound and a chest injury after the airbags failed to deploy. The airbag lawsuit claims “had the airbag deployed, Keisha Vest would have survived.”

Her unborn child did not survive the tragic accident.

Defendants in the defective airbags lawsuit are General Motors, who manufactured the car; Delphi Automotive, the company responsible for the allegedly faulty ignition switch; and Ramey Chrysler-Plymouth-Dodge, which sold the Cobalt to the Vests just two weeks before Keisha Vest’s death.

Posted by
Claudia
on October 19, 2014
Wanted to join lawsuit. I have a GMC Yukon Denali 2003 and my airbags have never opened in any of the accidents that I have had. 1 was with an 18wheeler.
Posted by
Norman Bissett
on October 19, 2014
While riding in a 2002 Buick LaSabre. My wife swerved to avoid running over a dead deer in the middle of road. Upon braking the ignition shut off. The car went into the median and rolled three times. The seat belts did not latch and the air bags did not deploy. I received head injury's broken hand and ribs. Reinjured my left shoulder. Am still under care of Dr. for head injury. The car was 1 year to old to be included in any lawsuit. I have had to have some one watch over me since that day.