GM Faces Questions, Lawsuit Over Airbags and Other Reported Defects

GM is now facing regulators over issues with reported defects in some of the company’s cars. Those defects could, according to critics, also result in airbag failure and catastrophic injuries for drivers of those GM vehicles. Although the issue is not with defective airbags, defects involving the vehicles’ ignition switch could result in a loss of power to the airbags. That, combined with the loss of power to the engine, power steering and brakes, can have tragic consequences. 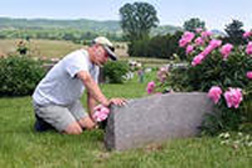 At issue is a defect in certain cars, including Chevrolet Cobalts and Saturn Ions, in which the ignition switch could be accidentally turned off, cutting power to the engine, steering and brakes. That could result in an accident, but one that might be survivable if the airbags still have power. Except, according to reports, the airbags lose power in this situation too. So someone driving a car in which the ignition inadvertently shut off would be driving a vehicle that is very difficult to control, with no protection from airbags in case of a collision.

According to Bloomberg Businessweek (3/29/14), 12 deaths have been linked to the problems with defective ignitions, but hundreds of deaths have been reported linked to accidents in which airbags did not deploy. How many of those accidents may have actually been the result of a faulty ignition switch remains to be seen.

In February, GM recalled approximately 1.6 million vehicles because of the ignition switch issue. But it now faces questions from regulators as to why it didn’t recall its vehicles sooner, based on reports that at least some employees knew in 2004 (based on court documents filed in a lawsuit) about the ignition switches.

The National Highway Traffic Safety Administration (NHTSA) also faces criticism of its handling of the GM recall, for failing to order an investigation despite multiple reports about problems with loss of power.

At least one wrongful death lawsuit has been filed against GM following the February recall. The lawsuit, Rimer v. General Motors et al, alleges that on October 24, 2006, 17-year-old Megan Phillips was driving her Chevrolet Cobalt with two friends as passengers. According to court documents, as Phillips was driving, the ignition switch inadvertently switched to the “accessory” position, resulting in the car hitting a telephone junction box and two trees.

More AIRBAG INJURIES News
The airbags did not deploy and the two passengers ultimately died from their injuries, while the driver suffered serious injuries, including a brain injury and multiple fractures of the bones in her body.

“GM and its dealers with actual knowledge had duties to all owners of these defective vehicles, including Thomas Kerns [the vehicle’s owner], all of which were knowingly, intentionally and fraudulently ignored and intentionally kept secret from the public, which resulted in the above injuries and deaths,” the lawsuit claims.

The plaintiffs claim that GM knew in 2004 about vehicles losing power but did not take any action on that knowledge, and further allege that the defective ignition switch is linked to 13 deaths and 33 crashes.

The lawsuit was filed in the District Court for the State of Minnesota.

Posted by
Vanessa Mesi
on April 13, 2014
I have airbag issues in my 2007 pontiac g6. The airbag for rider 2 starts beeping and flashing warning when no one is sitting there in the riders seat. I called the local dealer several times they say no recall per my Vin number. I'm afraid it will deploy at anytime. Various things quit working in the car as well even the gas gage at times.