If it seems as though airbag recalls are in the news a lot, you might not be all that far off. News stories about federal officials investigating airbag failures are frequently published, with officials now investigating GM and Honda airbag problems. Some airbag recalls are the result of airbag injuries, caused when an airbag failed to deploy properly. 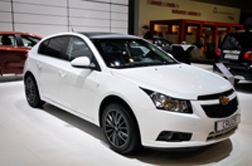 In one recall, the National Highway Traffic Safety Administration (NHTSA) said it was investigating whether more General Motors cars should be recalled because of problems with the airbag. According to CBS News (6/4/13), in 2012 and 2013, GM recalled approximately 6,800 cars in two recalls because of an electrical problem that prevented the main front airbags from deploying. The concern is that the shorting bar in the driver’s frontal airbag can come into contact with the primary stage airbag terminals. If they are in contact during a crash, the primary stage airbag does not inflate properly.

In documents found at the NHTSA website, the agency notes that GM conducted an investigation of the root cause. “However, among other things, it appears that a production issue (root cause) was not fully identified, particularly for the second recall,” the agency reports (5/31/13). So far, no injuries or fatalities have been reported related to the issue.

Meanwhile, the NHTSA is also investigating whether Honda Odyssey minivans should be recalled because of airbag problems, specifically airbags that deploy spontaneously without any triggering collision. According to NBC News (6/10/13), the NHTSA reportedly received six complaints, including three injuries, about airbags deploying unnecessarily. The agency also reportedly received 41 complaints that the airbag warning light illuminated.

Up to 320,000 Honda minivans could be affected by the recall.

Posted by
Jamie jo Yakima
on June 22, 2013
I been to gm dealer 7 time over the same air light come on going down road 2012 chey cruz ltz I ready to sue he for bull I had go though