It is every parents' nightmare: having a child fall seriously ill and not knowing what is wrong or what to do about it. That is what parents whose children develop Stevens Johnson Syndrome deal with. Many parents do not know about Stevens Johnson Syndrome, or the link between use of certain drugs—such as ibuprofen—and the development of SJS. All they know is that their child has suddenly become severely ill and something must be done to stop it. 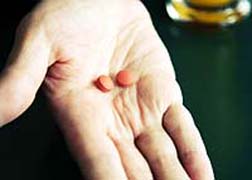 Stevens Johnson Syndrome (also known as SJS, or referred to in its more severe form as Toxic Epidermal Necrolysis or TENS), kills approximately 30 percent of people who develop the condition. SJS is a severe allergic reaction to medication—such as ibuprofen or acetaminophen—that quickly becomes a severe rash over the patient's body. Some patients lose their skin and suffer permanent damage to their eyes, including blindness.

More IBUPROFEN STEVENS JOHNSON SYNDROME News
CBS News (7/31/12) reports on the devastating effect of medication on one boy who is now eleven years old but was seven when he suffered his reaction to ibuprofen and acetaminophen. After a few days, his skin started falling off and he was rushed to the hospital. Although he survived his ordeal, Ethan has eyelid scarring, which requires regular removal of his eyelids. He also suffered damage to his eyes, requiring special contacts and wears a special vest that stops mucus from building up in his scarred lungs.

Stevens Johnson Syndrome can happen at any time, even after a patient has taken a medication that was previously tolerated without any reaction. It can be caused by ordinary over-the-counter medications. Because many doctors are not familiar with it, it can go undiagnosed, decreasing the odds that the patient will survive.

Some lawsuits have been filed against the makers of various drugs, alleging they downplayed or did not mention the risk of Stevens Johnson Syndrome associated with their medication. One such lawsuit resulted in a $48.2 million verdict against Johnson & Johnson, after a 16-year-old took Motrin and developed TENS.
READ ABOUT IBUPROFEN STEVENS JOHNSON SYNDROME LAWSUITS