The drug may be different, but the outcome can be the same. We are referencing the horrific consequences of Stevens Johnson Syndrome (SJS), a condition often triggered through an adverse reaction to a common drug. The drugs vary, but Advil Ibuprofen is one such drug that carries—in some, but not all formulations—warnings against the potential for SJS. 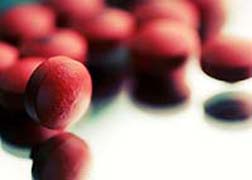 Patients more often than not wind up in the burn unit of a hospital. Some don't survive. In such circumstances, an Advil lawsuit is not uncommon.

One such patient died at the age of 63 ten weeks after staring on a medication to combat gout. According to the October 18 edition of the Asbury Park Press of New Jersey, the man wound up in the hospital battling toxic epidermal necrolysis (TEN), a condition akin to Stevens Johnson Syndrome, only worse. The man's sister writes that her brother lost all of his skin and suffered burns to his internal organs. After eight weeks of agony, he succumbed.

Shanelle Logan was just 19 when she began experiencing what she thought was pinkeye in late summer. That assumption was soon dashed when the young woman awoke one morning with blisters covering her lips, and she was rushed to the emergency room. According to the Times Record News of Wichita Falls (10/27/11), Logan wound up in the intensive care unit of Parkland Hospital in Dallas suffering from Stevens Johnson Syndrome.

SJS invaded the young woman's hands, feet, lips, mouth, throat, chest and back, as well as internal organs. A feeding tube was required as her mouth was swollen shut and her throat erupted in burn-like sores.

Logan's ordeal began September 18 after suffering an allergic reaction to antibiotics. By the end of October, it was reported she had made nearly a full recovery from her horrific ordeal, although the university student went through some stormy seas and is still dealing with lingering health issues.

Linda Hoek was prescribed a water pill following triple bypass surgery. She soon noticed the skin on her shoulders peeling and the eruption of massive blisters. Hoek, 62, wound up in the burn unit of a local hospital, sedated and on a ventilator. Diagnosed with Stevens Johnson Syndrome, she spent so much time in bed that once recovered from her ordeal she needed to learn to walk again.

Doctors told Hoek's husband of 41 years that his wife had less than a 40 percent chance of survival. Jerry Hoek feared for her life.

The drugs, in the foregoing cases, are different. But the reaction is the same. And it's a reaction that can happen with some of the most innocent and widely used drugs such as ibuprofen, including Advil ibuprofen.

More IBUPROFEN STEVENS JOHNSON SYNDROME News
Ibuprofen has been around for so long that it has become a trusted friend for millions of families, and is often the first medication chosen to ease symptoms associated with many common, everyday symptoms such as the sniffles or the flu. This is especially true in children.

For its part, the US Food and Drug Administration (FDA) requires warnings about the potential for SJS on prescription-strength Advil ibuprofen, but not for less-robust formulations sold over-the-counter (OTC) without the need for a prescription.

Others do not. Little wonder that a parent whose child winds up suffering from such horrific reactions turns to the legal community and an Ibuprofen lawsuit. Stevens Johnson Syndrome is bad enough. When it happens to a child, the agony is palpable in both the patient and the parents.
READ ABOUT IBUPROFEN STEVENS JOHNSON SYNDROME LAWSUITS