Did the Effects of Adderall Trigger Leap into Tiger’s Den?

There are various adverse reactions and side effects associated with Adderall, a popular treatment for attention deficit hyperactivity disorder (ADHD) and bipolar disorder. Adderall heart attack has been identified as one of those risks, among others. However, even in view of its capacity to treat ADHD, can Adderall trigger bizarre behavior? 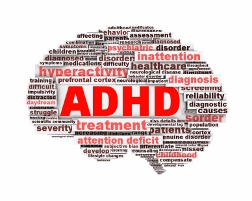 The mother of a man, who famously leapt into a tiger’s den at the Bronx Zoo last fall, thinks it can.

The New York Post (3/12/13) reported earlier this month on a not-guilty plea associated with a trespassing charge made against David Villalobos. It was on September 21, 2012 when Villalobos jumped from a moving monorail train that passed over the Wild Asia exhibit at the Bronx Zoo, and leapt directly into the tiger’s den. Before he could be pulled to safety by zoo officials using a fire extinguisher to keep the marauding animals at bay, Villalobos was seriously mauled by a Siberian tiger.

Villalobos entered a plea of not guilty for trespassing in Bronx Criminal Court March 12.

According to various sources, including The Associated Press, the New York Post and ABC News, the court complaint indicated that Villalobos had told police his motivation was “a spiritual thing,” and that he wanted to be “at one with the tiger.”

However, Villalobos’ mother told LawyersandSettlements.com writer Jane Mundy in November of last year that she feels Adderall is responsible for her son’s bizarre behavior.

“He was always interested in animals,” Fernanda Villalobos told Mundy in comments reprinted in The Gothamist (3/10/13), “and we brought him up as a Christian, but Adderall changed his way of thinking.”

"We don't fully understand why he jumped into the tiger den and I don't think David understands either,” his mother continued, “but there is an explanation, and I want this to be said in the courtroom: David said the voices told him to jump in.

“He also told me that he had been planning this for about a year, coincidentally when he first started taking the Adderall.”

More ADDERALL News
Villalobos was mauled by an 11-year-old male Amur tiger named Bachuta when he leapt into the tiger enclosure and suffered a broken right shoulder, right ankle, right rib and pelvis and a collapsed lung in the incident. Witnesses to his March court appearance indicated there were no visible signs of injury. Others were surprised he was even able to walk.

The various effects of Adderall can include bizarre behavior and a warped sense of reality. But the drug has also been implicated with other side effects such as Adderall heart problems and incidents of Adderall stroke.

Critics of Adderall have not only come down hard on the drug itself for links to the various adverse effects noted above, but are also critical of doctors who prescribe Adderall too readily for children whose real need for the stimulant is suspect beyond parents seeking improved marks and levels of concentration on the part of their children in the classroom.

Adderall lawsuits have cited incidents of psychosis, as well as physiological health issues, in many cases.