Did Adderall Play a Role in the Death of Ex-Navy Corpsman?

It wasn't Adderall that took the life of a former Navy corpsman on Veterans Day, 2010. However Adderall was nonetheless a part of Kelli Marie Grese's life and, according to reports, played a role in various emotional problems that eventually led Kelli to take her own life. How much of a role did Adderall side effects have in her eventual demise? 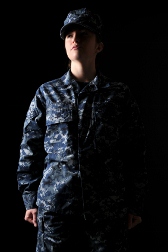 While it is not an Adderall lawsuit per se, a $5 million action has been filed against Veterans Affairs, alleging VA physicians erred in prescribing various medications to the troubled sailor, failing to monitor her medications and prescribing them to an excessive degree.

Adderall is a stimulant most often prescribed to treat the effects of Attention Deficit Hyperactivity Disorder (ADHD), and other related disorders including bipolar disorders. The use of Adderall is believed to stimulate the brain and allow for an improvement in concentration and other cognitive tasks.

Adverse reactions associated with Adderall, however can include heart problems and Adderall stroke. This is especially true if the Adderall is either abused by the end user, or over-prescribed.

According to the Military Times (12/7/12), Grese's downward spiral began when she experienced a break-in at her off-base housing while stationed in Naples, Italy in 1996. A diagnosis of post-traumatic stress disorder quickly followed, and upon her exit from the Navy in 1997 Grese sought treatment from the VA for various symptoms.

Among other medications prescribed to her by VA doctors was Adderall. However, according to Grese's twin sister who filed the lawsuit, Kelli was never diagnosed with ADHD and therefore it was never articulated conclusively why her sister was prescribed Adderall.

As stated in the Military Times, Grese had been prescribed clonazepam for anxiety and was on that medication when she was also prescribed Adderall. The Adderall, according to the report, was the trigger for what was described as "a cascade" of mental and emotion problems that included, but not limited to hallucinations, paranoia and total psychosis.

"She thought the CIA was after her," Kelli's twin sister Darla Grese, who filed the lawsuit, said in the report. "At one point, she shaved half her head because she thought she had something implanted in it."

Grese was prescribed Seroquel to treat her psychosis beginning in 2002. Seven years later Kelli began having suicidal thoughts and first overdosed on Seroquel in 2010.

It was on Veterans Day of that year that Kelli took copious amounts of Seroquel from two concurrent prescriptions she had in her possession. She did not survive.

According to the report, Grese was prescribed no fewer than 25 different medications in an effort to stabilize her emotional state. Some of those medications were prescribed simultaneously.

More ADDERALL News
And while it was Seroquel that Kelli used to end her own life, medical records note that her psychosis was induced by Adderall. The effects of Adderall, along with heart problems and stroke risk, include the risk for psychosis. It is rare, but a possible adverse reaction to Adderall nonetheless.

It is not known what role Adderall plays in the lawsuit, which was filed in the US District Court in Newport News, Virginia. The action has been brought against the US government over the care Kelli Grese received from VA doctors. The case is Grese v. United States of America, # 4:2012cv00049.

"I don't understand how a physician can write a prescription for 450 pills and two months later write another prescription for 450," said Darla Grese, the plaintiff in the lawsuit, in comments published in the Military Times. "Something's broken. The system is broken."

Posted by
cassandra
on January 6, 2013
My husband was also prescribed adderall from his Dr. because he told his Dr. that he was tired and just did not have the energy he used to have. He is 63 and is on high blood pressure medicine because heart disease runs in his family. My husband has never been diagnosed with ADD or ADHD. He changed overnight and his temper also changed with it. I called his Dr. on two different occasions and explained how he had changed and that I was really worried about him. The Dr. ignored my calls for help and it finally took my getting ugly with the Dr. after I packed my husband's clothes and made him leave for a week, I was really scared of him. Anyone that has a loved one on Adderall should watch closely for the side effects, which I think my husband has all of them. My husband has tried to get off of Adderall, but it is really hard. We are working on that now but without help from his Dr.
Posted by
tracy
on January 2, 2013
This is a lethal and debilitating drug.. I will talk with anyone that has a lawyer on board to sue the manufacturers of this medication.

This is my story:
http://www.lawyersandsettlements.com/articles/adderall/interview-adderall-lawsuit-heart-attack-4-17779.html?utm_expid=3607522-0