Adderall Users - from Celebs to Strippers to T-Shirt Wearers

Celebrity Brooke Mueller, mother of twins with Charlie Sheen, recently tested positive for Adderall. Mueller has a prescription for the amphetamine to treat ADHD, whereas New York stripper Pauline Wiltshire was busted for selling Adderall pills on Craigslist. And if you can’t pop it, you can wear it… 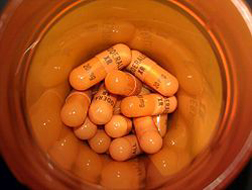 First, Mueller’s sad plight. Her Adderall use was discovered because she is in a custody battle with Charlie. Because of her history of drug abuse, Mueller had court-ordered drug tests that involved taking samples of her hair and tested positive for amphetamines. According to RadarOnline.com, the 36-year-old socialite blamed a trip to rehab last December on Adderall ADHD. Ex-husband Charlie Sheen tweeted that she was an “adderol [sic] snorting husk.” Adderall likely isn’t a successful treatment for Mueller: she was recently found to be using crack cocaine, as reported by the Huffington Post (November 27, 2013).

And there’s the stripper. In September, 33-year-old Pauline Wiltshire, a stripper and ex-girlfriend of a hospital doctor, was discovered pushing Adderall. The Daily News (New York) reported that Methodist Hospital was also negligent in monitoring the use of prescription pads. Neither Wiltshire nor the ex-boyfriend doctor was sentenced to jail time, but Methodist Hospital settled a federal negligence lawsuit for $70,000 (the Brooklyn U.S. attorney’s office was seeking a $4.8 million penalty).

And lastly, the T-shirt debacle. You’ve heard the expression “wearing your heart on your sleeve.” Well how about advertising your potential heart attack on your t-shirt?

What was Kitson, a retail Los Angeles boutique, thinking when they sold T-shirts emblazoned with Xanax, Vicodin and Adderall? Apparently, it was supposed to be a satirical statement - a parody of pop culture, designer Brian Lichtenberg said. And with a portion of proceeds donated to the Medicine Abuse Project. But the “designer drug collection” appears to have backfired.

Kitson is now facing lawsuits from pharmaceutical companies, including Adderall maker Shire, saying they had no part in the tees and Kitson did not have permission to use their brands. Shire said that it is “currently assessing its options” on how to address the unauthorized use of the Adderall trademark.

Further, Drugfree.org, responsible for the Medicine Abuse Project, said it refuses to “entertain any direct donation from Kitson while they flagrantly, and without remorse, continue to sell these products.” (Does this mean the tees will soon be collectors’ items? Heaven forbid…)

Adderall heart and Adderall stroke victims likely won’t be wearing Kitson tees, nor will they be surfing Craigslist to buy Adderall. Many people who have filed Adderall lawsuits were prescribed the drug for ADHD or Adderall bipolar issues, and many adult complainants have been taking it since their teens.

More ADDERALL News
Ryan’s son is 23 years old. “He was recently diagnosed with congestive heart failure that our doctor says is caused by Adderall XR,” says Ryan. “He told me that my son may end up on disability with a defibrillator and a heart transplant. If only we knew about Adderall side effects…”

Evelyn’s son was prescribed Adderall in elementary school as a treatment for ADHD. “He is now 20 years old and constantly complains of his heart racing and his chest hurting,” she says. “Sometimes it is hard for him to breath and this really scares me. He stopped taking Adderall a few years ago but I think the damage has been done. I can’t understand how people want to take this dangerous drug for recreational use.” Or wear it.