The judge in the nation’s first Actos trial, which resulted in a $6.5 million verdict against the Actos manufacturer Takeda, has granted the company’s request to nullify the verdict. But Actos attorneys and Actos bladder cancer victims remain optimistic - because the jury first found for the plaintiff, they believe it paved the way for future Actos lawsuits in their favor. 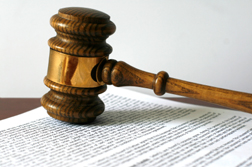 California Supreme Court Judge Kenneth Freeman of Los Angeles Superior Court asserted that the Plaintiff’s medical expert (Cooper v. Takeda Pharmaceuticals America Inc., CGC-12-518535) had failed to establish that Actos was the specific cause of Mr. Cooper’s bladder cancer. In a press release, Actos attorneys at Bernstein Liebhard LLP said they are “obviously disappointed with this turn of events, but we…remain optimistic that future Actos bladder cancer lawsuits will yield victories for plaintiffs.”

Susan, age 47 and a type 2 diabetic, has not been diagnosed with bladder cancer, but she was encouraged to file a claim after first hearing about the Actos lawsuit verdict. She believes that Actos caused her to have a stroke. (Although Actos’s black box warning lists Actos and heart failure, an Actos whistleblower lawsuit and recent research say Takeda downplayed the Actos link to stroke, heart attack and other cardiovascular problems.)

“I started taking Actos in 2004 to regulate my blood sugar level and it worked at first but then I got a lot of other problems,” Susan says. “I only stopped taking the drug two years ago and graduated to insulin because my levels weren’t being regulated.”

Two years ago was a pivotal year for Susan - she was still taking Actos when she had a stroke.

“I remember not feeling very well, weak and dizzy, and everything went black,” Susan says. “My son called 911, and when they got me to ER, the observation room started spinning and I heard a lot of buzzing in my head. Then I heard a loud pop; I tried to talk to my son but it came out like baby talk; I made no sense. I had a terrible headache and nausea. I don’t remember anything after that, except that I was admitted and the next day the neurologist told me that I had a stroke. I was in hospital for almost two weeks. I guess if you are going to have a stroke, a hospital is the best place to have it…

More ACTOS SIDE EFFECTS News
“Nobody at the hospital mentioned Actos to me but I saw an ad on TV soon after I got home. Then I looked online and did some research. I believe my doctor when he tells me that all these meds have caused a ‘domino effect,’ and have contributed to my diabetes and heart problems. First, I was prescribed Zyprexa to treat bipolar mania and that caused me to have diabetes. And that in turn caused me to take Actos. You take one drug and it causes another problem - hence the domino effect. ”

Susan took Actos from September 2004 until 2011. In the Los Angeles Actos trial, Plaintiff Cooper took Actos for four years before being diagnosed with bladder cancer, according to court documents. During the trial, evidence suggested that Takeda company officials were concerned about the impact an Actos bladder cancer warning would have on sales of the drug. The jury was told by Cooper’s attorneys that Takeda was aware of the connection between Actos and bladder cancer since 2004, but did not inform regulators for seven years. Susan wonders if Takeda knew about Actos heart failure during the seven years that she took the drug.