It may have become the heir apparent to Avandia, but overshadowed by a steady stream of negative publicity surrounding the Type 2 diabetes drug manufactured by GlaxoSmithKline are concerns with regard to Actos side effects. To that end, the US Food and Drug Administration (FDA) included Actos, manufactured by Japan-based Takeda Pharmaceuticals, on a list of drugs the agency has targeted for the potential for safety concerns. 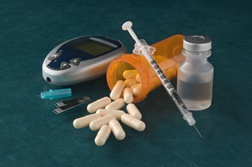 Actos, the only other Type 2 diabetes drug within the same class as Avandia, has picked up where Avandia left off. Prior to Avandia's demise in the court of public and medical opinion, the GlaxoSmithKline drug had reached sales of $3 billion a year. Actos has since eclipsed that, amidst the belief that Actos was a safer alternative to the much-vilified Avandia.

GlaxoSmithKline maintains that Avandia, at its worst, is no worse than Actos.

It appears now that Actos, which has also been fingered for Actos heart failure and other adverse reactions stemming from the treatment of Actos diabetes, has potentially seen the chickens come home to roost. Actos, according to the Washington Drug Letter of February 7, has been the subject of FDA safety reviews in recent months.

Now it's been included on a watch list the FDA posted on its Web site on January 31.

Among the Actos side effects previously noted, including the relationship between Actos and heart failure and problems with Actos liver, is the newfound potentiality for bladder cancer risk.

But now there is yet another concern—that of rhabdomyolysis, which is characterized by the release of muscle fibers into the bloodstream, triggering damage to the kidney.

More ACTOS SIDE EFFECTS News
In response to the rhabdomyolysis concern, a spokesperson for Takeda noted that out of 8,000 participants in Actos clinical or nonclinical studies, there were no reported cases of rhabdomyolysis. To that point, Takeda's Elissa Johnsen indicated that across the 15 million Actos patients Takeda houses in its global database, there have been 67 cases of rhabdomyolysis reported. Most of those, she told the Washington Drug Letter, were in Japan.

Doctors began switching their patients to Actos (pioglitazone) following revelations of Avandia heart risk in 2007. Actos, which has also been linked to Actos CHF, is the only alternative besides Avandia in the class to which both drugs belong. With severe restrictions on Avandia, diabetes patients are hoping that Actos is truly the safer alternative—and that another shoe isn't about to drop.