An expert witness on behalf of Takeda Pharmaceuticals, who told jurors in Philadelphia that in his view the plaintiff’s Actos bladder cancer was not caused by pioglitazone, disclosed to jurors that he had been previously paid by Takeda for his expert testimony. 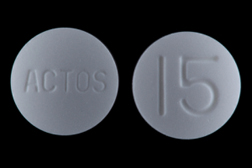 The Actos lawsuit is Kristufek v. Takeda Pharmaceuticals America Inc., case number 120702275, in the Philadelphia County Court of Common Pleas. A urologic oncologist at Yeshiva University’s Albert Einstein College of Medicine, Mark Schoenberg, told jurors that a combination of heavy smoking and a previous history of bladder tumors long before the plaintiff was prescribed Actos, was in his view the more likely cause of John Kristufek’s bladder cancer.

A previous Actos case was lost for the plaintiff due to an ongoing smoking habit.

Kristufek was prescribed Actos in 2005 for treatment of Type 2 diabetes. At the time, the potential association between Actos and bladder cancer was not widely known. In 2008, following about three years of ongoing treatment with Actos, Kristufek was diagnosed with bladder tumors and underwent several procedures to have them removed before doctors ultimately removed his entire bladder in 2011.

That’s about the same time the US Food and Drug Administration (FDA) began sounding the alarm bells about Actos and bladder cancer, and Kristufek’s doctor took him off Actos. Kristufek filed his Actos bladder cancer lawsuit a year later, seeking compensatory as well as punitive damages.

The expert witness for Takeda noted in his testimony that Kristufek had been previously diagnosed with bladder cancer in 1990, about 15 years before starting on Actos. Schoenberg also noted the plaintiff’s heavy smoking, which amounted to about two packs per day over the course of 20 years. “It’s the most important feature of his medical history,” Schoenberg told jurors.

More ACTOS SIDE EFFECTS News
Schoenberg did not agree. “I think she thinks that Actos is a bladder carcinogen, and I don’t agree with her based on the literature,” he said.

It should be noted that Schoenberg, who admitted to accepting $25,000 from Takeda for expert testimony in the past, arrived at the same conclusion in a previous case that wrapped up in September of last year.

In that Actos lawsuit, Schoenberg’s expert testimony failed to sway jurors. Takeda was hit with a $2 million judgment after jurors found that Takeda had failed to warn doctors and the greater health care community about the risk factors for Actos bladder cancer associated with pioglitazone.

There are other Actos side effects, namely Actos heart failure. However, it is the association with Actos and bladder cancer that is driving the majority of Actos litigation.