Takeda Pharmaceuticals and Eli Lilly, maker and marketer of Actos, have lost a bid to have a $9 billion award against them in an Actos lawsuit thrown out of court. The lawsuit, filed by Terrence Allen, alleged the companies did not properly warn about the risk of Actos side effects, including a possible link between Actos and bladder cancer. 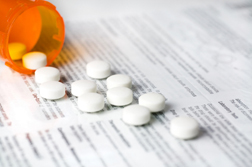 Allen, who was diagnosed with bladder cancer after taking Actos, filed a lawsuit alleging his use of Actos caused the bladder cancer. The trial was made more contentious because Takeda officials were accused of deliberately destroying documents that could harm their case. The judge in the case ruled during the trial that jurors could take the loss of documents as a sign that the documents would have supported Allen’s case.

The plaintiffs objected to Takeda’s motion, arguing that evidence from the lawsuit showed that Takeda acted with reckless disregard for its patients, including hiding data from a clinical trial.

Now a judge has determined that the jurors properly considered all evidence in awarding $9 billion in punitive damages. “The jury acted within its role and discretion to attach whatever weight and make whatever reasonable inference it deemed appropriate when assessing the defendants’ conduct,” US District Judge Rebecca Doherty said in her ruling (as quoted by Bloomberg Businessweek [8/28/14]).

More ACTOS SIDE EFFECTS News
Although the judge did not address the motion for a new trial, she did refuse to throw out the punitive damages award. Takeda and Eli Lilly were responsible for making and marketing Actos through a partnership agreement; however, due to indemnity agreements, Takeda could be financially responsible for the entire award, according to Bloomberg Businessweek (8/28/14). Both Takeda and Eli Lilly said they disagree with the judge’s decision.

It is expected that the award will be reduced on appeal.

Actos is used to treat Type 2 diabetes. Lawsuits filed against the drug’s maker allege patients were not adequately warned about the risk of developing bladder cancer as a result of using the medication. Despite the large award in the Allen lawsuit, some lawsuits have been found in favor of Takeda.