A new Actos side effects study suggests a link between Actos and bladder cancer. The study was published in late 2013 and appears to bolster the claims of plaintiffs in Actos bladder cancer lawsuits that their development of bladder cancer was caused by their use of Actos. 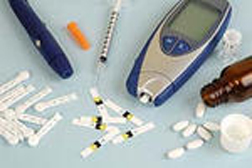 The study was published in the British Journal of Clinical Pharmacology (12/10/13; online ahead of print) and involved researchers conducting a meta-analysis of medical literature linking the use of thiazolidinediones (a class of drug that includes Actos) and the development of bladder cancer. Among 230 citations, researchers found 18 studies, including five randomized controlled trials and 13 observational studies.

“A modest but clinically significant increased risk of bladder cancer with pioglitazone was found that appears related to cumulative dose and duration of exposure,” researchers wrote. They further recommended that use of pioglitazone be limited to shorter durations.

The study was published just more than a month before the first federal Actos bellwether trial began in Louisiana federal court. The lawsuit, and other pending lawsuits, alleges patients developed bladder cancer after using Actos to treat their diabetes. Plaintiffs claim Takeda either ignored or downplayed the risk of developing bladder cancer.

Possibly damaging Takeda Pharmaceutical’s (maker of Actos) defense is a ruling from the judge that Takeda must allow a jury to hear claims that files related to Actos were deliberately destroyed.

More ACTOS SIDE EFFECTS News
According to Bloomberg Businessweek (1/29/14), Takeda officials admitted that files involved in the making, marketing and sale of Actos are missing, with some reportedly deleted from company computers even after employees were told to keep all Actos-related files.