Last month, the US Food and Drug Administration (FDA) did an about-face on Avandia, lifting restrictions on the drug’s use. For those patients who use Actos, the question is whether the ruling affects concerns about Actos side effects as well. Actos and Avandia are in the same drug class, although Avandia was subject to more stringent regulation than Actos was. Among the side effects suggested in some studies were a link between Actos and bladder cancer and a link between Actos and heart failure. 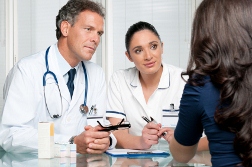 On November 25, 2013, the FDA announced that it was removing certain restrictions that had previously been put on the diabetes drug Avandia. The move came after results from the Rosiglitazone Evaluated for Cardiovascular Outcomes and Regulation of Glycemia in Diabetes (RECORD) trial did not show an elevated risk of heart attack or death in patients who were given Avandia over other diabetes drugs.

In 2010, the FDA had put restrictions on the use of Avandia after some studies suggested an increased risk of heart attacks linked to Avandia. Those restrictions included only prescribing Avandia for certain patients. Lifting the restrictions means that Avandia can again be prescribed for all patients with type 2 diabetes.

Actos was not ever subject to the same restrictions as Avandia, and when the restrictions were put on Avandia, many patients were switched to Actos. But there are some concerns about a risk of bladder cancer associated with the use of Actos. On September 17, 2010, the FDA announced a 10-year epidemiological study to evaluate whether Actos is associated with an increased risk of bladder cancer.

More ACTOS SIDE EFFECTS News
“Findings from studies in animals and humans suggest this is a potential safety risk that needs further study,” the FDA noted at the time. It further noted that an increased risk of bladder cancer was observed in patients who had the longest exposure to Actos and those who were exposed to the highest cumulative dose.

Lawsuits have been filed against Takeda Pharmaceuticals, alleging patients developed bladder cancer after using Actos. One lawsuit saw an award to the family of a man who died of bladder cancer. The award was for $1.75 million, but because a jury found the man’s smoking contributed to his bladder cancer, his family will not receive any of the award. In a previous lawsuit, a judge threw out a jury award of $6.5 million after finding that the plaintiff did not prove Actos caused his bladder cancer. The plaintiff reportedly intends to appeal the decision.

Posted by
Rachael
on December 30, 2013
The drug Avandia vs Actos was more heavily marketed with warnings. What was so different about Actos? There got to be more involved in this since the FDA is know saying they are going to push more warning with this drug. So much looking out for the American public seems like it has to do more with money then people
's health.