Should Popping a Pill Cause a Lifetime of Adverse Health?

The simple act of “popping a pill” represents the briefest moment in time. But as one man is discovering following a diagnosis of alleged Actos bladder cancer, the aftermath of simply popping a pill once per day can be much more involved, with multiple surgical procedures and lifelong medical issues. 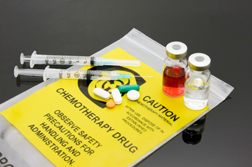 All from simply popping a pill? The plaintiff in an Actos lawsuit hopes that litigation will conclusively address and resolve that question.

One of the latest plaintiffs to file an Actos bladder cancer lawsuit hails from Georgia. According to a PRWeb Newswire release (10/21/13), the man commenced a daily regimen of Actos as prescribed by his doctor in order to combat the effects of type-2 diabetes, and to control his blood sugar levels. That was in 2008, and at the time he was prescribed Actos, the plaintiff asserts he was not aware that bladder cancer was part of a basket of Actos side effects.

In March 2010, after taking Actos daily for two years, the plaintiff was diagnosed with bladder cancer - but did not stop taking Actos, as it would be another year before he would become aware of the link between Actos and bladder cancer.

By then it was too late. Multiple surgeries and chemotherapy treatment ensued in an effort to combat the bladder cancer. According to court documents filed with the Actos bladder cancer lawsuit, the plaintiff has suffered irreversible injuries and health issues that will dog him for the remainder of his days. Continued medical treatments will also be required.

Actos, as most already know, benefited greatly from the downfall of Avandia, a medication to treat type-2 diabetes manufactured by GlaxoSmithKline, and at one time, far and away the market leader in the segment. That all changed when a researcher and respected cardiologist found that Avandia significantly raised the risk for cardiac events, a finding that GlaxoSmithKline disputed. The US Food and Drug Administration (FDA) eventually decided to severely restrict Avandia rather than take it off the market entirely.

However, in the meantime, doctors were faced with a conundrum with regard to their type-2 diabetes patients potentially at risk with Avandia. Most switched their patients to Actos, as it was felt the risk of Actos heart failure was lower than that of Avandia.

There was no reference to Actos bladder cancer until 2011, when the American Diabetes Association (ADA) commissioned a study analyzing adverse event reports filed with the FDA between 2004 and 2009. That study concluded there was a statistically significant increased risk of developing Actos bladder cancer with use of Actos for more than one year.

More ACTOS SIDE EFFECTS News
The FDA issued its warning with regard to the association with Actos and bladder cancer in June of that year, noting that use of Actos for longer than 12 months translated to an approximate 40 percent increased risk of developing Actos bladder cancer when compared against individuals not taking Actos at all.

“Use of the diabetes medication Actos (pioglitazone) for more than one year may be associated with an increased risk of bladder cancer,” the FDA said. The agency also required Actos manufacturer Takeda Pharmaceuticals Inc. to update warning labels with regard to the association between Actos and bladder cancer.

But for many patients, the warning came too late.

The Actos bladder cancer lawsuit was filed in Illinois Circuit Court of Cook County, Case No. 2013L005777, and is part of the Actos Multidistrict Litigation 2011L10011.