At 64, Jimmy Whyte should be doing what every recent retiree dreams about and works hard to achieve: a well-earned respite away from the daily grind, time with friends and family, and the pursuit of valued activities and hobbies the time clock never allowed. Perhaps some travel. Instead, Whyte is now battling Actos bladder cancer. 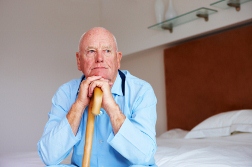 "It would have been important to know that Actos would increase my risks of developing bladder cancer before I began taking it," Whyte says, through the text of a class-action Actos bladder cancer lawsuit in Canada for which he has been proposed as the lead plaintiff. "I believe this class action is necessary to determine whether the manufacturer of this drug should be held responsible for not disclosing such important information to me."

According to Canada NewsWire (7/31/12), Whyte suffers from Type-II diabetes and was prescribed Actos in November 2008. He was diagnosed with bladder cancer in April of this year. Actos has been associated with other Actos side effects, including cardiac events and Actos edema, a condition that affects an individual's eyesight.

However, it is bladder cancer that continues to emerge as the most troubling potential for an Actos adverse reaction. In recent years Actos has grown to be a leading treatment for the management of Type-II diabetes. Patients and doctors alike were buoyed by various studies that suggested Actos was a safer treatment for Type 2 diabetes than the troubled Avandia, manufactured by GlaxoSmithKline.

The latter was at one time the most popular Type-II diabetes drug until it was beset with troubling accusations of heart attack risk and other cardiac events. Actos, manufactured by Takeda Pharmaceuticals, emerged as somewhat of a savior, with heart risks considered not as pronounced as Avandia. Thus, Actos quickly gained a reputation as the safest alternative.

Actos bladder cancer might have been on the horizon, but it had yet to crack any level of public consciousness. And if there was a risk of bladder cancer, consumers didn't appear to know about it.

The Canadian Actos lawsuit, filed in Superior Court in Montreal, holds amongst its allegations that Takeda knew, or should have known that Actos materially increases the risk of bladder cancer, and that the manufacturer failed to disclose such risks in a timely manner.

While adverse reactions such as Actos vision problems remain a viable concern, it is the risk for Actos bladder cancer that concerns the most people. This, after a 2011 study reported to the US food and Drug Administration (FDA) that a clear link had been found between pioglitazone (Actos) and an increased risk for bladder cancer after continual use of Actos for one year.

More ACTOS SIDE EFFECTS News
Type-II diabetes is a condition that requires constant management. Most patients, once settling on a drug treatment regimen that agrees with them, will continue taking that drug for some time, if not indefinitely. Thus, a drug that presents with Actos bladder cancer risk after one year would be problematic for most Type-II diabetes patients.

The study, which was published in June of last year, prompted the FDA to mandate a black box label for Actos with regard to the bladder cancer risk—and the warning has been appearing on the Actos prescribing label for some months.

However, that recent change does not help Actos bladder cancer patients like Whyte, who was prescribed Actos years before the label was updated. In France and Germany, sales of Actos were suspended following publication of the June, 2011 study that established the association between Actos and bladder cancer.

Posted by
Grant W. Wood
on April 13, 2014
I took Actos in 2006 for approximately 8 months then my diabetic specialist changed my medication claiming there was some connection with heart problems.

In 2012 I was diagnosed with bladder cancer in a stage so advanced I had my bladder removed.

Please advise if there are any class action suits in Canada I could join.

Posted by
Donna Abel
on November 12, 2013
I was prescribed actos and in 2008, I had a heart attack and then a bout of congestive heart failure. In 2009, I had another bout of congestive heart failure. As a result, my heart was seriously damaged. I was given an Angiogram by a heart specialist and to his amazement, I did not have any blocked arteries. In fact, my arteries were completely clear which is unheard of when you have a heart attack.I also had ovarian cancer in 2010. Please advise if there are any class action lawsuits concerning the heart.