Law firms across the US are taking a serious interest in a recent investigative piece of journalism by STAT news published on June 5, 2017 which revealed, “The Food and Drug Administration has received reports on 1,128 people who died after taking Actemra, and has reviewed its safety several times since it was approved. But the agency doesn’t have sophisticated tools to determine whether the drug was a culprit or a bystander in those deaths.” 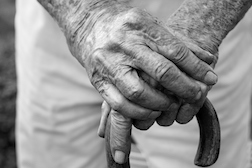 Among those firms whose antennae went up is Sanders, Phillips, Grossman, a national law firm well-known for acting on behalf of consumers injured by defective drugs.

“It definitely has got our attention. I think there is some thick black smoke. That black smoke could erupt into flames tomorrow, and we are watching it carefully,” says Dr. John Restaino from Restaino Law in Colorado.

Dr. John Restaino, an attorney and epidemiologist is currently involved in gathering and evaluating information coming forward about Actemra in conjunction with Sanders, Phillips, Grossman’s current study of the issue.

“The STAT report is based on adverse events sent to the FDA. I think that is very important. I think that is evidence,” says Dr. Restaino. “Right now what we really have with this drug is increased reports to the FDA. What I am hoping to see soon is some real solid epidemiology.”

The drug was hailed a revolutionary treatment when it was first approved for use by the FDA in 2010. Similar drugs for the estimated 1.5 Americans suffering from this debilitating disease were associated with heart attacks, strokes and heart failure and came with a warning label. However, Actemra was the exception and requires no such warning label.

“This has enough of an interest that I would assume that the manufacturer is doing a study or two or three. I would also assume that a lot of rheumatologists want to know the answer,” says Dr. Restaino who is also an associate professor at the University of South Carolina.

More DANGEROUS DRUGS News
“We talked about doing a study ourselves at the University of South Carolina – a case controlled study. So I am sure there are people doing it, we’re waiting for the studies to get done and to go through the peer reviewed process and to get published,” he adds.

STAT is a national publication “focused on finding and telling compelling stories about health, medicine, and scientific discovery”. It is owned by the Boston Globe Media. Although the story raised questions it also made clear that the FDA information alone does not constitute a definite answer as to the safety of the drug.

Where the investigation by law firms leads is at the moment unknown. For individuals taking Actemra Dr. Restaino says, “They should keep themselves informed.”