Given the fact that Actemra is marketed without warning of heart failure, stroke, and other serious injuries like its competitors must do, one would think it is the wonder drug for rheumatoid arthritis sufferers. Until research and adverse event reports (AERS) got in the way and showed the med was just as likely to cause serious injuries as competing drugs - and given attorneys are investigating these AERS,  Actemra lawsuits may be on the horizon. 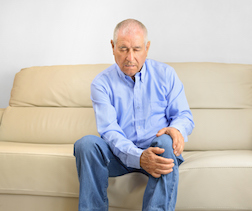 And given the FDA hasn’t slapped Genentech, a member of the Roche Group, with a black box warning, a conspiracy theorist may believe that the FDA is beholden to Roche. Wait, it gets more conspirational: Janssen Biotech, Inc., a subsidiary of Johnson & Johnson, failed to get FDA approval, specifically from the Arthritis Advisory Committee that the agency convened in August of 2017, of its proposed rheumatoid arthritis (RA) drug “Plivensia (sirukumab) to treat “moderately to severely active rheumatoid arthritis”. No doubt Roche is pleased with this news as Plivensia was positioned as a major competitor. Could part of the reason for denial be Janssen reporting that, “Cardiovascular adverse events, malignancies and mortality were observed in sirukumab clinical studies”?

Those adverse events, as reported by Medscape (Aug 2, 2017) stated, “Of 35 deaths that occurred in study patients, 34 occurred in those taking sirukumab. Common causes of death were major cardiac adverse events, infection, and malignancy. Rates of increased mortality were comparable with both sirukumab doses…”

Sirukumab is similar to tocilizumab (Actemra) and sarilumab (Kevzara), in that it blocks the interleukin-6 (IL-6) pathway, suppressing the immune system to reduce joint inflammation and pain. Though other similar RA drugs also inhibit the immune system, Actemra was the first to affect this particular pathway.

More DANGEROUS DRUGS News
Actemra was approved ( October, 2013) based on data from the Phase III clinical trials SUMMACTA and BREVACTA. Side effects listed do not include heart failure, stroke, or other serious side effects, whereas STAT says (June 2017) there is “clear evidence that the risks of heart attacks, strokes, heart failure, and other conditions were as high or higher for Actemra patients than for patients taking some competing drugs.” STAT goes on to say that the FDA “has received reports on 1,128 people who died after taking Actemra, and has reviewed its safety several times since it was approved. But the agency doesn’t have sophisticated tools to determine whether the drug was a culprit or a bystander in those deaths.” But does a black box warning require such tools? Wouldn’t it be in the best interests of RA patients and their doctors to add a warning and thereby give them an informed option?

And without a warning label, Actemra could easily be over-prescribed. As well, STAT reports that Actemra is prescribed off-label for approximately 60 other conditions for which it has not completed testing for efficacy and safety. RA is a big market for Big Pharma: in the US alone, it affects 1.5 million people. Actemra is used globally by more than 760,000 patients, and brought in $1.7 billion last year alone, making it Roche’s fifth highest-grossing drug. A warning label would likely decrease sales somewhat.

A conspiracy theorist could believe that Roche tried to corner the RA market by not warning of serious adverse events. So why doesn’t the FDA make them slap a black box warning on its label?