Matthew McConaughey, just nominated by the Academy Awards for best actor, admits that he took 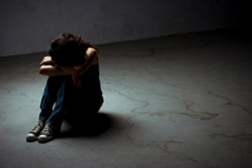 Accutane in high school to treat a serious case of acne, apparently without suffering Accutane side effects. But thousands of Accutane users didn’t get away unscathed, and it takes a brave man to discuss Accutane bowel problems, such as Accutane inflammatory bowel disease.

In a recent interview with talk show host Jimmy Fallon, McConaughey revealed how he battled acne in high school, made worse by his mother treating it with mink oil, a product she was selling door to door. A dermatologist prescribed the teen Accutane and he was later voted “Most Handsome” in senior year. Before that, his father tried to sue due to his son’s emotional distress, most likely after the doctor said that two more weeks of mink oil could have resulted in surgery to correct the acne scars. But when the judge discovered that McConaughey won the handsome award, the suit was thrown out of court. According to The Huffington Post, “McConaughey laughed about the botched suit with Fallon, joking that his father is still a little miffed.”

Joking aside, Accutane has been linked to serious bowel conditions and psychiatric disorders (878, including 44 suspected suicides in the UK alone). For instance, the nephew of famous racing trainer Jenny Pitman hanged himself in 2012, after taking Accutane. According to The Telegraph (July 4, 2013), the day before his death, Jack Bowlby, aged 16, had decided to put himself back on the acne drug, despite being taken off it after concerns were raised. When Bowlby started taking Accutane, he complained of having “dark thoughts.” And despite campaigners calling for Roacutane (also known as isotretinoin or Accutane) to be banned because it has been linked to depression and suicides, the drug is still prescribed for severe acne.

Pablo (not his real name), who holds a high-level position at a correctional facility near Boston, says he suffers a double whammy from Accutane: he has battled depression and bowel problems since taking the drug.

“Back in the early 1990s, I took Accutane for about nine months and have battled its side effects ever since,” says Pablo. “I have never discussed these issues with doctors, mainly because I have a high title in a prison environment so getting help could be looked upon as a weakness.”

But Pablo has made a giant leap: his bowel problems are worsening so he made an appointment to see his doctor. And of course he must see a physician before seeking legal help.

“I go to the bathroom at least seven or eight times a day, and that has been going on for at least 15 years. I am sure it was because of Accutane,” Pablo says. “Recently, I have seen blood in my stool and I’m often dehydrated. I wake up during the night and drink a bottle of water - I can never get a full night’s sleep.

“As you can imagine, dining out is a problem. I have to limit my water intake because I will be running to the washroom too often and that is embarrassing. I have had accidents - certain foods cause severe pain such as spicy and deep fried foods. And heavy protein like red meat is bad - hamburger is a nightmare. I can never enjoy a BBQ steak but I really crave one. Sometimes I cave and have a small piece and suffer the consequences - after the fact it’s never worth it. Fortunately, I am very physically fit thanks to a lot of weight training and walking. But I have always had an imbalance from the food I eat.”

More ACCUTANE IBD News
Bowel problems like those described by Pablo can make life pretty miserable. But add depression onto that and it is amazing that Pablo can even discuss Accutane complications.

“I was always upbeat and positive,” he says, but reflecting back to the time that I quit taking Accutane, I almost had a PTSD kind of reaction. And I have been suffering with bouts of depression ever since, despite the fact that I am happily married and have a good career; in other words, I can’t think of any reason to be depressed. It just happens.”

Swiss pharmaceutical giant Roche, the Accutane manufacturer, denies the drug is linked to depression, saying that “severe acne can cause some sufferers to become depressed and can also affect their mood and self esteem.” But Accutane is supposed to clear up acne. It did so for McConaughey and Pablo…

Posted by
Holly Elrod
on January 18, 2014
The manufacturer's statement about accurate not causing depression is so ridiculous and full of it. I guess they don't read their own literature because the "booklet " or pamphlet that comes with each prescription details how this medication can cause "psychosis, changes in mental condition, depression and suicide" and also recommends if u have a history of mental illness or depression u should discuss the benefits vs. Side effects with your doctor. I experienced terrible depression and had never had problems w/ my bowels till around the time I was taking the accutane. I happened upon this web sight looking for information about this disease I have now and was shocked to not only see the correlation between that terrible drug and IBS/depression and that the manufacturer denies it causing depression. I hope more people can run across articles about the terrors of this awful drug!