Patients who suffered from Accutane side effects should be aware that the statute of limitations could be running out as of June 26, 2011, meaning that they should contact an attorney as soon as possible about Accutane if they have been diagnosed with Inflammatory Bowel Disease, Ulcerative Colitis, Crohn's Disease or Ulcerative Proctitis. The good news for potential plaintiffs is that there have been eight consecutive trials concerning Accutane injuries with judgments in favor of the plaintiffs, according to Bob Rowland, partner at Goldenberg, Heller, Antognoli & Rowland, PC. Juries have mainly sided with Accutane acne medication patients, who allege they were harmed by the drug. 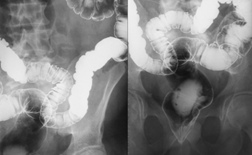 "The most recent news is that there was yet another trial that took place last month," Rowland says. "There were three plaintiffs and a plaintiff's verdict for $2 million that came out of that case. That is eight consecutive trials that resulted in plaintiff's verdicts. For one of the other plaintiffs in that case, the jury found he [James Marshall] had a pre-existing condition. In the third plaintiff's case, the jury found there were problems with the warnings, but there was also a causation issue, so they returned a verdict for the defendant."

It has now been almost two years since Accutane was taken off the market. In many states, the statute of limitations runs out after two years, meaning that patients in many states only have until June 26, 2011, to file a lawsuit.

"There are many patients out there who think they might have inflammatory bowel disease but have not gotten confirmation of the diagnosis," Rowland says. "It's helpful to have that diagnosis first. The first thing we tell potential clients is that we can't help them without a diagnosis. So it is better for them to get that diagnosis in advance and then come talk to us."

Unfortunately, there are also many people who have a misdiagnosis. Some patients see their family doctor, who might have diagnosed them with a food allergy, weak stomach, gallbladder problems or irritable bowel syndrome. Patients who took Accutane and had symptoms of inflammatory bowel disease—including bloating, blood in the stool, constipation, diarrhea and abdominal pain—within four years of stopping Accutane treatment, should see a specialist, specifically a gastroenterologist, about the possibility that they have inflammatory bowel disease, which includes Crohn's disease and ulcerative colitis.

"Typically, when patients are given Accutane, they're given a 6-, 9-, or 12-month cycle of the drug," Rowland says. "So normally, the minimum they'll have been on Accutane is six months. Patients who completed one or more Accutane cycles and developed noticeable symptoms within four years of completing the cycle should contact an attorney."

Patients who used generic Accutane, including Amnesteem, Claravis and Sotret, and developed inflammatory bowel disease should also contact an attorney. Rowland says that generic drug manufacturers often copy not only the active ingredient in a drug but also often copy the warning labels. Because litigation involving Accutane alleges failure to warn about the risks of the drug, generic Accutane manufacturers could also be liable for injury to patients.

More ACCUTANE IBD News
Patients who develop inflammatory bowel disease often require a lifetime of treatment and may require surgery to remove their colon. Some patients wind up with an ileostomy bag for the rest of their life. Because inflammatory bowel disease is an embarrassing problem, many patients wait to see their doctor in the first place and even then, only mention it in passing, resulting in a misdiagnosis. For those patients, it can take years to get an accurate diagnosis.

"It doesn't matter how long ago they took Accutane," Rowland says. "There are people who took the drug in the 80s who are just now getting a diagnosis—it's not unusual. The more important thing is that the symptoms of Crohn's disease, ulcerative colitis and ulcerative proctitis showed up within four years of last taking the drug. Patients who took Accutane and have symptoms of those conditions should see a specialist to get diagnosed and then contact an attorney."