Tasha considers herself fortunate because she only took Accutane for three months. “If I didn’t wind up in the emergency room, I probably wouldn’t have stopped taking Accutane and I would likely be much worse off today,” she says. 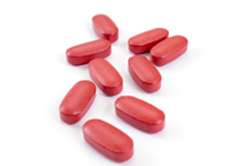 Tasha hasn’t been diagnosed with Ulcerative Colitis or inflammatory bowel disease that is associated with Accutane, but a recent colonoscopy revealed polyps, which she had removed. She believes it is related to the bowel problems that started back in 2008, just one year before Accutane was taken off the market.

“I went to ER with severe constipation - it was very painful and I was very worried,” says Tasha, who took the acne drug when she was 28 years old. “The Accutane had caused my body to dry out. I remember reading about Accutane side effects on the pamphlet. Along with saying you cannot get pregnant while taking this drug, it also said common side effects are dry eyes, mouth and throat. I didn’t read anything about bowel problems or any severe side effects; if I had, I would have remembered, and I definitely wouldn’t have taken the drug. Even if I knew it would clear up my acne, I wouldn’t have taken it.”

The ER doctor and a nurse asked Tasha what, if any, medications she was taking. “When I told them that I was on Accutane, they told me to follow up with the gastroenterologist they referred me to,” Tasha explains. “She said that Accutane was not a ‘good fit’ for me and I should stop taking it. She also gave me medications to soften stool and clean me out.”

More ACCUTANE News
Tasha had to pay for the ER visit, co-pay for each visit to her gastroenterologist and co-pay for a battery of tests, including the colonoscopy. All in all, she has spent at least $2,000 in medical bills and she’s taken a considerable amount of time off work. “I’ve taken more than 30 days off work, not including visits to the doctor,” she says. Tasha is fortunate that she still has a job at Wells Fargo Bank after taking so much time off.

“I have another procedure coming up, where they have to put something in my rectum - and I’m not looking forward to that,” adds Tasha. “I never had these problems before taking this drug.”

About two years after taking Accutane, Tasha found out that the drug had been taken off the market, followed by a slew of Accutane lawsuits. “I wish there was someone back in 2008 warning me about this drug. Why didn’t my doctor know about these serious side effects, such as Accutane Ulcerative Colitis? Before prescribing Accutane, my doctor just warned me not to get pregnant and I had a blood test - that was it. I wonder what my doctor thinks today about how many prescriptions she wrote for Accutane.”