Mary doesn’t qualify for an Accutane lawsuit due to the statute of limitations, among other reasons, but she wants to warn teens against taking it. “If I knew about Accutane side effects I would have lived with severe acne,” she says. “I hope people will try something else for the skin problems besides this drug.” 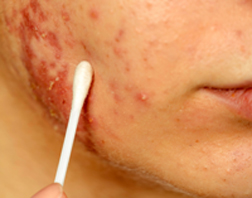 Mary (not her real name) took Accutane in high school. She is now 24 years old and still suffers from bowel problems. Mary didn’t develop Accutane Ulcerative Colitis or Accutane inflammatory bowel disease but she has suffered from severe constipation for almost 10 years.

“About two years after stopping Accutane I began to pass out, a lot,” Mary says. “I would have severe stomach pain immediately prior to feeling faint and often passed out in the washroom - when I was constipated. I saw several doctors but no one gave a specific diagnosis. They attributed it to Vasovagal syncope, which is a common type of fainting and is also associated with the blood to the digestive system.“

By the time Mary got to college she had stopped taking Accutane but the bowel problems and fainting persisted. She had to drop out of a few classes and see the Board of Directors, but finally got her degree.

“When I was on Accutane I had to get blood work done once a month. I also had to get a pregnancy test once a month - my doctor explained that it causes severe birth defects,” Mary adds. “I never thought it could damage me. As a teenager I was just worried about how I looked. But my cousin took it and I remember that my family worried about him, because he played a lot of sports and there was talk that Accutane causes bones to be less dense. Still, he kept taking it too.

More ACCUTANE News
“I have been to a slew of doctors, a cardiologist and a neurologist about my fainting, and they never equated it to Accutane. But I never mentioned Accutane and even if I did, I don’t know if they would associate it with this condition. I’m not in touch with the dermatologist, because it did get rid of my acne. About a year after I started these fainting spells, I told my aunt about my constipation problems and she said that it might be caused by Accutane. She said I should talk to a lawyer.”

Mary says that she hasn’t had any fainting spells since the birth of her son two years ago. But within the past month she has been getting severe stomach pains again. “I am constipated just about all the time and other times the pain seems like it could be gas because I don’t need to use the washroom,” she explains. It would be a good idea for Mary to see a gastroenterologist, and to mention that she took Accutane.

Posted by
Amber Hughes
on August 6, 2019
Wow, Jane I am so sorry to hear your story! I started Accutane about a month ago and just fainted out of no where. My aunt who was on this same medication 20 something years ago also fainted 3-4 times before getting off of it. Here's my story: Last week on 7/29/19, I was sitting down waiting for dinner to finish boiling and playing an RPG game... Out of no where, i felt super light headed and next thing I knew I was on the ground with blood everywhere. The ER drove me to the hospital and even knowing that i had just started Accutane 3-4 weeks prior, they claimed it was also Vasovagel Syncope....... Ridiculous. I am also now being told to see a neurologist (just did yesterday) who is now referring me to see a cardiologist (scheduled later this week). I totally believe it is the Accutane. It's sad how everything nowadays is about money and the commission you get off of pushing something, rather than a person's life. This needs to be fixed!!!!
Posted by
J.Stiles RN
on October 31, 2015
My daughter was given this medication for treatment of cystic acne when she was in middle school. She became depressed and withdrew from her friends and family. She had a good effect on her acne and completed the treatment. After wards she agreed that it had changed her personality. Two years later when the acne reappeared the Dr offered it a second time. Reluctantly she accepted the plan again against my wishes. She also had reservations. She started the treatment and stopped prematurely as she became more depressed and generally unhappy with her life. She is now 29 and struggles with severe depression and has had some acute phych issues during this recent year. I can not help but to think back to how this all seemed to begin and I wish we had not chosen this method of treatment of her skin issue. Was this related to accutane use. I will bet it was but will never know now.
Posted by
Jim
on January 25, 2015
There's no conclusive evidence that Accutane causes these side effects. When 20 million people take a drug there's bound to be some overlap with people who would have gotten these problems anyway.
Posted by
Steve
on December 26, 2014
Accutane drugs have been noted for side effects. Many people have been ruined because of this drug. It is prescribed as a normal drug for treating acne.